McConnell: Senate Will Consider Immigration Deal ‘As Soon as We Figure Out’ What Trump Supports 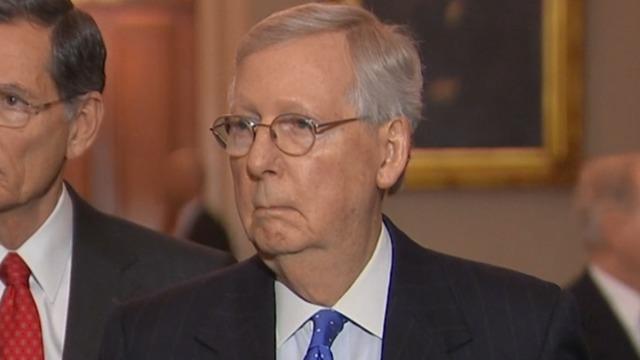 Wednesday, Senate Majority Leader Mitch McConnell (R-KY) said the Senate would move forward on immigration legislation “as soon as we figure out” what he said President Donald Trump would sign.

When asked about immigration McConnell said, “I’m looking for something that President Trump supports, and he’s not yet indicated what measure he’s willing to sign.”

He added, “As soon as we figure out what he is for, then I would be convinced that we are not just spinning our wheels going to this issue on the floor, but actually dealing with a bill that has a chance to become law and therefore solve the problem.”