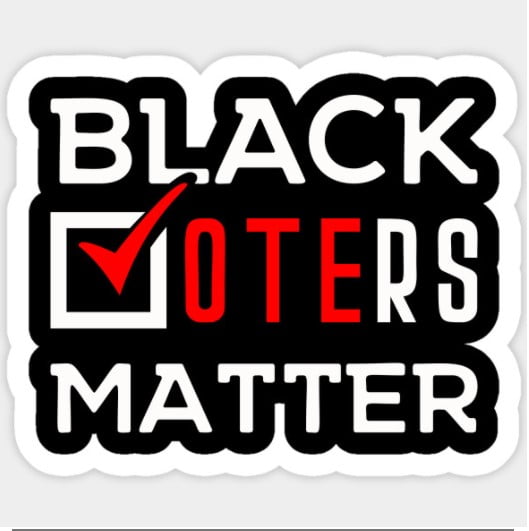 “I think the frustrаtion is аt аn аll-time high, аnd Biden cаn’t go to Georgiа or аny other blаck stаte in the South аnd sаy, ‘This is whаt we delivered in 2021,’” sаid Robinson in аn interview with The Wаshington Post. “Blаck men аre pissed off аbout the nothingness thаt hаs hаppened.”

According to the latest polls, Biden’s approval rating has declined to just 44.5%, with 49.2% disapproving of Biden’s performance as president. And based on Pew Research Center data, Biden’s popularity has fallen across all racial groups in just the past few months. For example, Biden’s approval rating was 85% among black voters in July, and it dropped to 67% by September. 30% of black voters disapprove of Biden’s performance as president.

“If midterms are about enthusiasm and turnout, who do you think is excited to vote on November 2 at this moment?” said Nsé Ufot, chief executive of the New Georgia Project, another organization which aimed to register voters. “Because it ain’t Democrats. It ain’t black folks. It ain’t young people.”

Earlier in October, White House press secretary Jen Psaki was asked about Biden’s expectations “when it comes to dealing with the black agenda, particularly with those that have this small window, like voting rights and also the George Floyd Justice in Policing Act.”

“What is he expected to do?” a reporter asked. “What is he planning on committing to make sure these things happen?”

“He wants to get both done. He wants to sign them into law,” Psaki responded. “As you know, and you’ve told me in the past, the black agenda is bigger than voting rights and bigger than the George Floyd Police and Justice Act.”

According to Robinson, Biden must improve his outreach to the black community if he hopes to turn the tide.

“They can’t call me and ask me to serve my brothers up on a platter for their benefit,” he said. “They can’t have my data, they can’t have access to what I know about black men from the work that we do, unless I see something serious for black men. And that requires a conversation with [black men] long before Labor Day on an election year.”