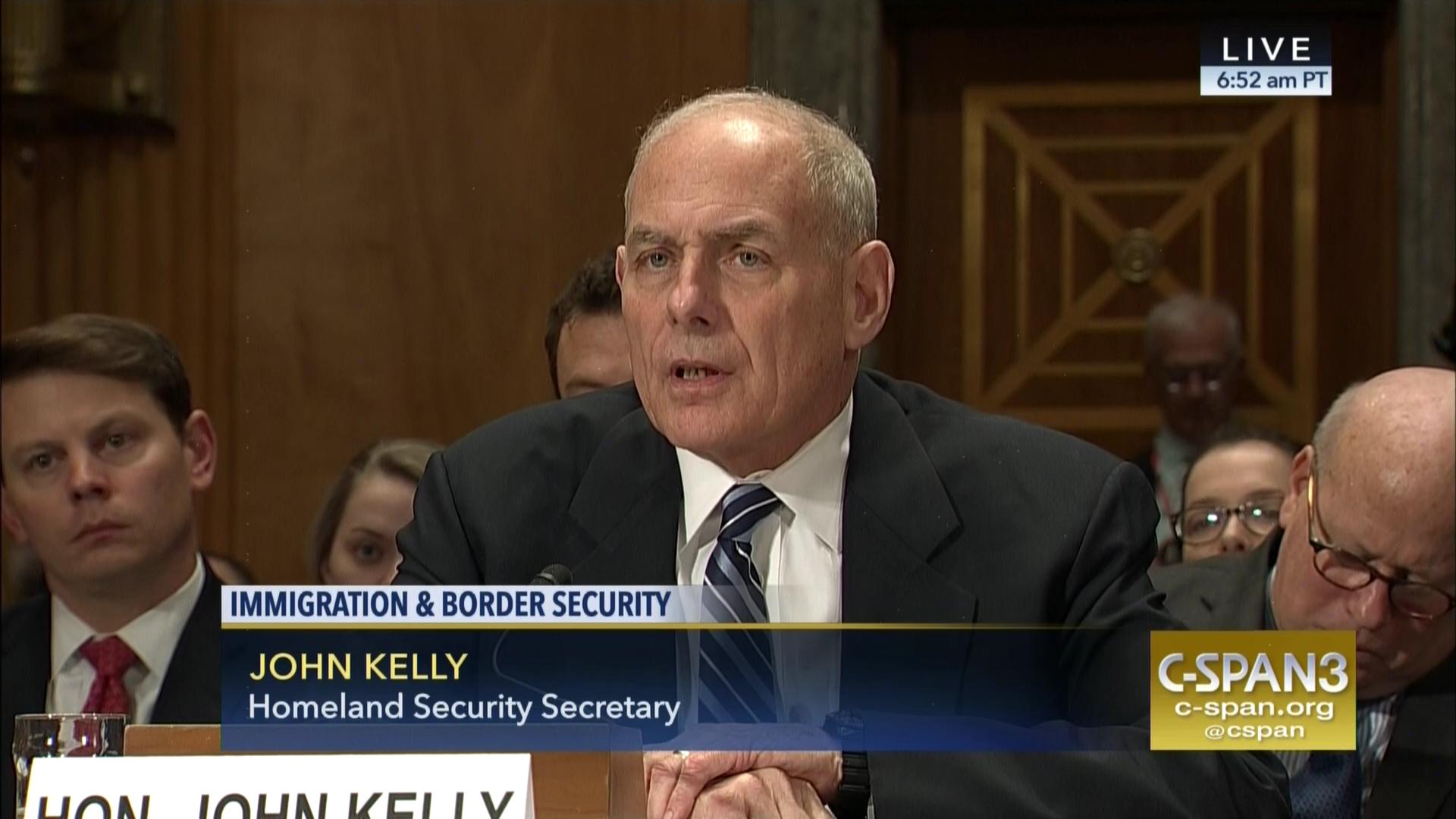 White House chief of staff John Kelly suggested during an interview Wednesday with Fox News that then-candidate Donald Trump was not “fully informed” when he promised to build a wall along the entire border with Mexico.

Still, Kelly insisted that the president has been committed to building hundreds of miles of new wall on the border as part of a deal with Democrats on immigration.

“This president, if you’ve seen what he’s done, he has changed the way he’s looked at a number of things,” Kelly told Bret Baier on “Special Report.”

Kelly didn’t deny a report in the Washington Post on Wednesday that he told Democratic lawmakers Trump was uninformed on the wall during the campaign.

“There’s been an evolutionary process that this president has gone through… and I pointed out to all the members that were in the room that they all say things during the course of campaigns that may or may not be fully informed,” Kelly said.

Kelly said Trump has “adjusted the way he’s looked at” a number of issues, including his strategy in Afghanistan and toward DACA, the Obama-era program that shields illegal immigrants brought to the United States as children from deportation.

As for the wall, Kelly said experts talked to Trump about how there “are places where, geographically, a wall would not be realistic.”

Asked about Trump’s famous pledge that Mexico would pay for the wall, Kelly said: “In one way or another, it’s possible that we could get the revenue from Mexico but not directly from their government.”

“Campaign to governing are two different things,” Kelly said. “And this president has been very, very flexible in terms of what is within the realm of the possible.”

Speaking to Baier, Kelly also described what Trump would like to see in a deal with Democrats over DACA, saying Trump wants 700 miles of additional border wall and $20 billion in funding.

As for changes to chain migration, Kelly said the president approves of the “nuclear family” of an immigrant being allowed to come to the United States, but not the extended family.

“There are open channels but I would prefer not to comment,” Kelly said. “There are a lot of people trying to help out here. “

He also denied that the White House asked ex-communicated former adviser Steve Bannon to invoke executive privilege during his testimony to Congress this week on the Russia investigation.

“Steve has had very, very little contact with the White House since he left,” Kelly said.

He also expressed confidence that the White House has garnered the votes in Congress for a short-term funding measure to avoid a government shutdown Friday.

“I spent a fair amount of time on the hill today speaking to members of Congress, both sides of the aisle… and it would seem to have the votes to continue funding the military, take care of the child health care issue, and perhaps some other things,” Kelly said. “As I understand it, they have the votes and they are fairly confident.”