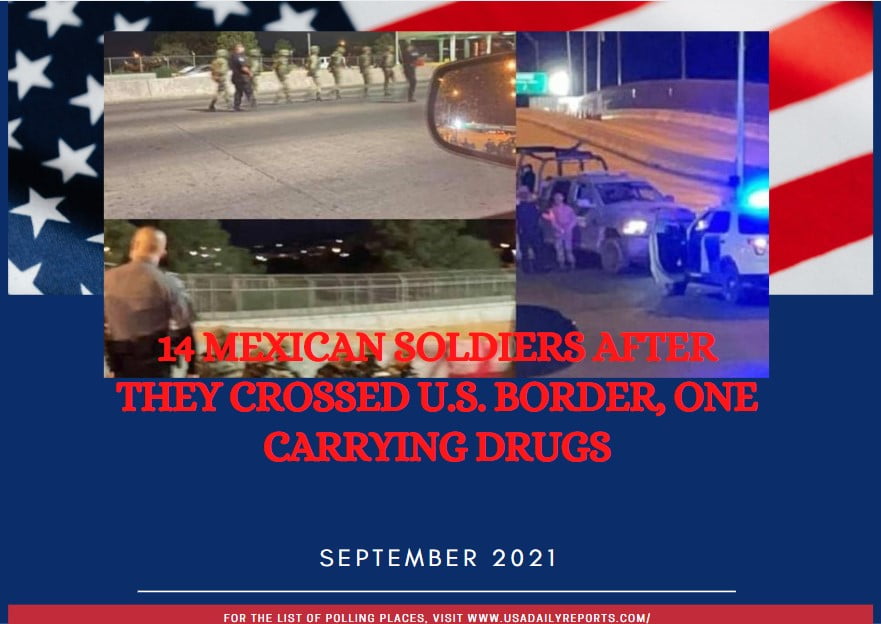 14 soldiers with the Mexican military were apprehended by U.S. federal law enforcement officials during the early morning hours on Saturday after they crossed over onto U.S. soil, according to a report.

The incident reportedly happened when two vehicles carrying the soldiers crossed the bridge that links Ciudad Juárez to El Paso, Texas. A witness told Reuters that CBP agents quickly took control of the situation, ” yell[ing] at the soldiers to put their hands up and drop their weapons immediately.”

“CBP said the soldiers, their weapons and equipment ‘were secured for safety and processing,’ and noted the soldiers said ‘they did not realize they had entered the U.S.,’” the Associated Press reported. “One of the Mexican soldiers ‘was assessed a civil penalty after CBP officers discovered a personal use amount of marijuana in his possession,’ according to CPB.”

All the soldiers, who were wearing their military gear, were later sent back across the border to Mexico after they were processed by U.S. law enforcement officials, per AP. 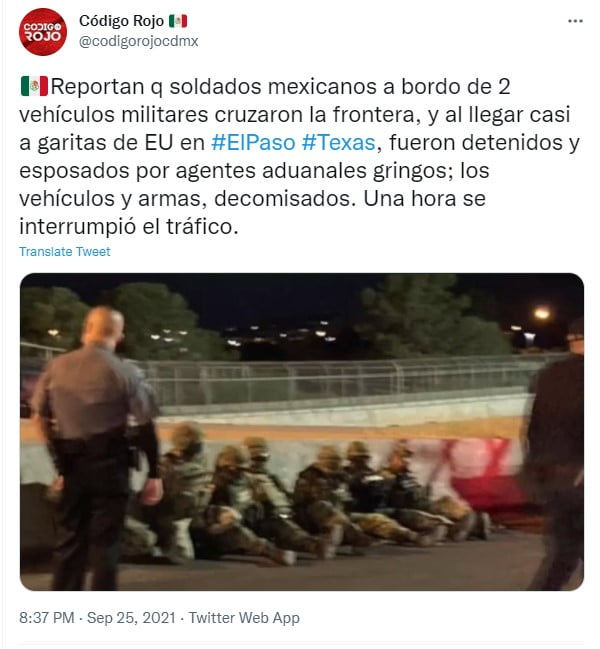 The incident comes as the Biden administration has struggled to grapple with the crisis that has erupted on the southern border over the last several months. The most recent example came from Del Rio, Texas, where up to 30,000 illegal aliens flooded the area, straining the resources of the small Texas town.

Texas Governor Greg Abbott (R) said during an interview on Sunday that he will hire any U.S. Border Patrol agents to help defend Texas’ border that are punished by the Biden administration for doing their jobs.

When asked by Fox News host Chris Wallace about scenes where Border Patrol officers rode up on illegal aliens that had crossed the Rio Grande, Abbott responded, “First, they wouldn’t have been in that situation had the Biden administration enforced the immigration laws and secured the border in the first place.”

“Second, as you know, Chris, the person who took those pictures said that the characterization that the Democrats have made about the Border Patrol using them as whips, whipping people, coming across the border is false. They were simply maneuvering horses,” Abbott continued. “But the last thing I will tell you is what the President said going after the Border Patrol, who were risking their lives and working so hard to try to secure the border, if he takes any action against them whatsoever, I have worked side by side with those Border Patrol agents. I want them to know something, if they are at risk of losing their job, got a president who is abandoning his duty to secure the border, you have a job in the state of Texas. I will hire you to help Texas secure our border.”