LINE GROWS FOR TRUMP ‘SAVE AMERICA RALLY’ MOST LOVED PRESIDENT EVER

Former President Donald Trump is holding a “Save America Rally” tonight in Perry, Georgia and the line has already begun to grow.

Trump supporter Juanita Broaddrick tweeted a picture of the line and declared, “Just say Trump…. and they will come.”

“Most loved President, EVER,” Broaddrick anointed him. 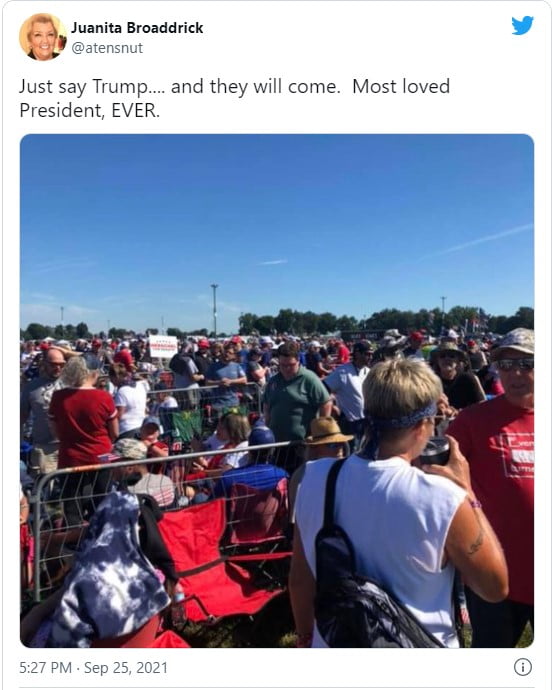 “Most loved President, EVER,” Broaddrick anointed him. 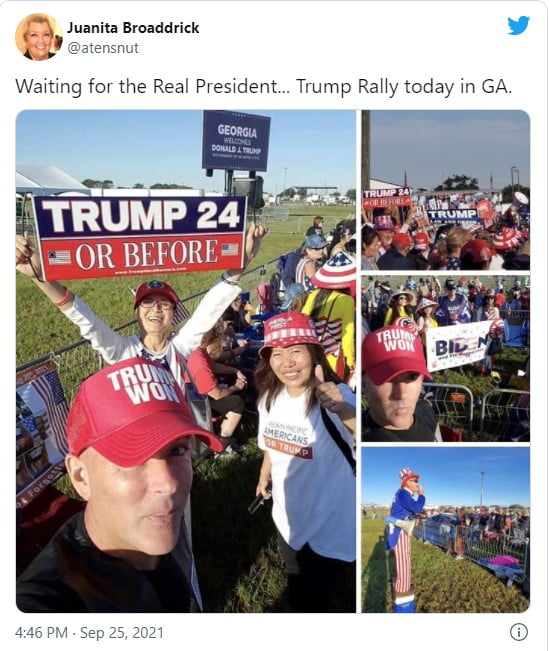 Many on the left are hoping that with the Arizona audit results finally revealed, many who support the former president will now abandon him, although that appears unlikely.

Riches followed that up today with more pictures and announced that, “100’s already waiting in line 12 hrs before Donald Trump arrives for his Perry Georgia Rally.” 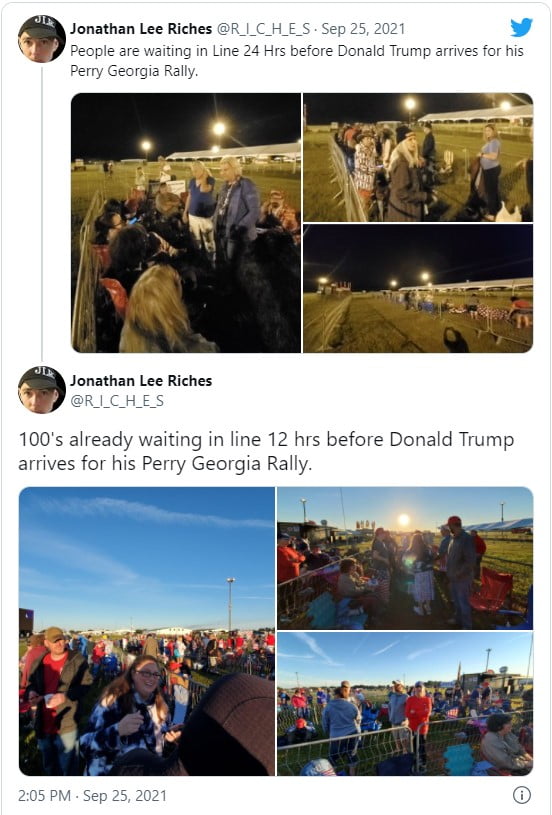 In another video from Riches, he describes that a “Huge Trump Won Flag got dropped off a bridge over Interstate 75 in Perry Georgia before the Trump Rally.”

Huge Trump Won Flag got dropped off a bridge over Interstate 75 in Perry Georgia before the Trump Rally. pic.twitter.com/AQBvDyaYTh

Herschel Walker, the NFL-star-turned-Senate-hopeful, will speak at former President Trump’s rally in Georgia on Saturday.

The planned appearances will put three of Trump’s preferred candidates on the same stage as him when he travels to Perry, Ga., on Saturday.

The former president’s leadership PAC, Save America, described the upcoming rally as “a continuation of President Trump’s many appearances in support of candidates” aligned with his brand of conservatism. He’s set to hold another rally in Iowa on Oct. 9.