Maxine Waters Puts Biden On Notice In Bad Sign For Dems: “It is unconscionable, I meant it was bad, and it shocked me” 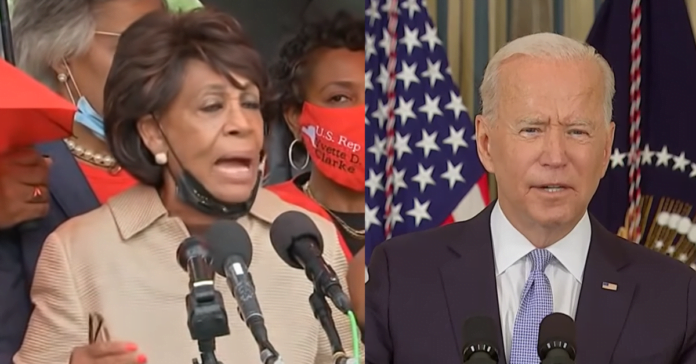 Representative Maxine Waters (D-CA) turned on Joe Biden adding to the embattled president’s troubles heading into a critical week for the Dem Party. The Dems are going all in this week and will try to pass two crucial bills to prop up the failing Biden presidency.

If they botch it, and right now that outcome is looking likely as the moderate and liberal Dems are still miles apart, the left will be demoralized and the predicted red wave coming in 2022 will be a tsunami.

But before Biden even tries to get those bills done he will have to deal with Maxine Waters who is furious with Biden over the treatment of migrants at the border. The Dems cannot win without heavy turnout among African American voters so this rift could be fatal for the Party.

Jim Acosta said, “You made this very strong charge that these images looked worse than what we witnessed during slavery. What did you mean by that?”

Waters said: “Well, first of all, the world was watching. In slavery, we didn’t have the technology that showed the kind of mistreatment that we were perpetrated on our slaves.

“What we saw really shocked us because what we witnessed was our own Border Patrol that we pay on horses the way we’ve never seen before, chasing Haitians who were fleeing their country and fleeing violence to be met with this kind of treatment.

“It is unconscionable. I meant it was bad, and it shocked me.”

Acosta said: “Why are you so unhappy with the Biden administration about this? Is it because you expected better?”

Waters said: “It’s not so much of being so unhappy with the Biden administration in that I expected our administration to know better than to have horses chasing down black people.

“They should be working on the kind of immigration reform that would recognize the emergency that we have now.”

“What the hell are we doing here? What we witnessed takes us back hundreds of years.

“Cowboys — with their reins, again — whipping Black people, Haitians, into the water where they’re scrambling and falling down when all they’re trying to do is escape from violence in their country.” 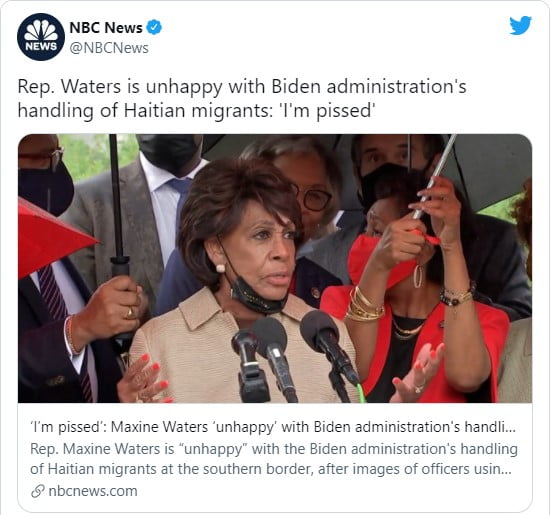