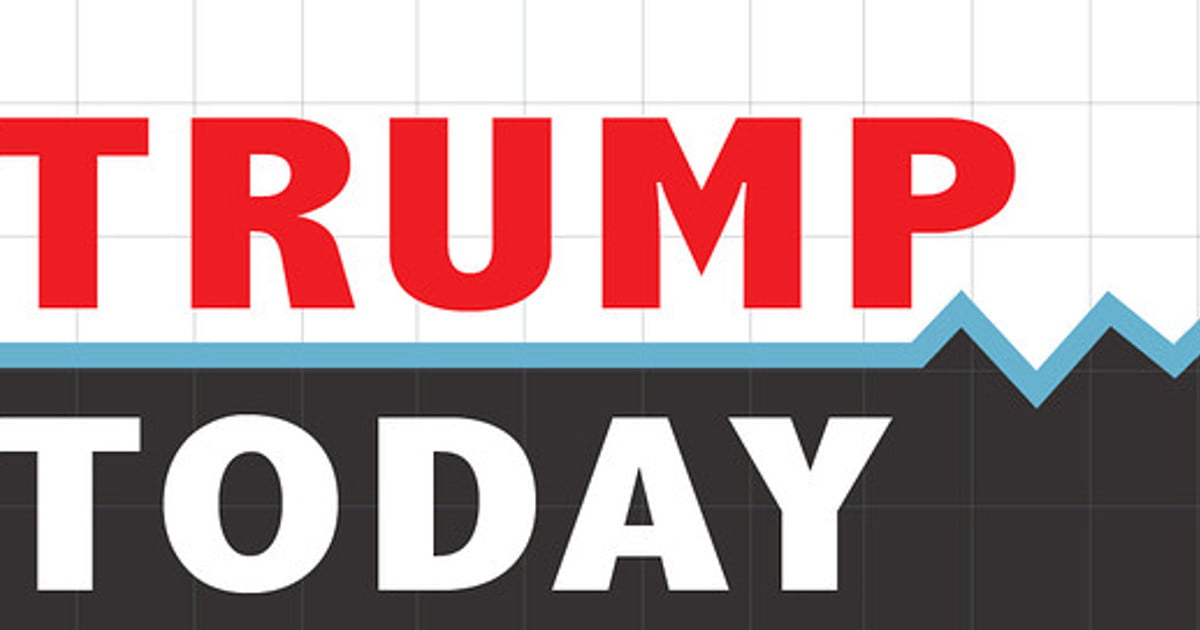 This column provides a daily update on key presidential actions as well as comments, whether spoken aloud or on Twitter, by President Trump. Like the stock market, the deadline for Trump Today action is 4 p.m. Eastern time, even as we acknowledge that substantive news can and does occur after hours.

President Donald Trump on Wednesday suggested the U.S. would soon take action against China over intellectual property theft, as he spoke to a Latino summit and again decried the U.S.’s trade deficit in goods.

‘WE CANNOT ALLOW THIS TO HAPPEN’

Following a report the White House is considering clamping down on Chinese investments in the U.S. and imposing tariffs to punish Beijing over its alleged theft of intellectual property, Trump tweeted, “the U.S. is acting swiftly on Intellectual Property theft. We cannot allow this to happen as it has for many years!”

He also said China “has been asked” to come up with a plan to reduce its trade imbalance with the U.S. by a billion dollars. He didn’t make clear if he’d made that appeal directly. In a separate tweet, Trump again cited a $800 billion trade deficit last year — but that figure refers to goods only.

The U.S. is acting swiftly on Intellectual Property theft. We cannot allow this to happen as it has for many years!

China has been asked to develop a plan for the year of a One Billion Dollar reduction in their massive Trade Deficit with the United States. Our relationship with China has been a very good one, and we look forward to seeing what ideas they come back with. We must act soon!

Speaking to the Latino Coalition Legislative Summit, Trump prodded Democrats on immigration by saying they’re “nowhere to be found” on a fix for the Deferred Action for Childhood Arrivals program — which he has ordered an end to.

“Go push those Democrats,” Trump told attendees. It’s the second day in a row Trump has pressured Democrats on DACA, which courts have kept in place. Democrats blame Trump for creating the impasse over the issue.