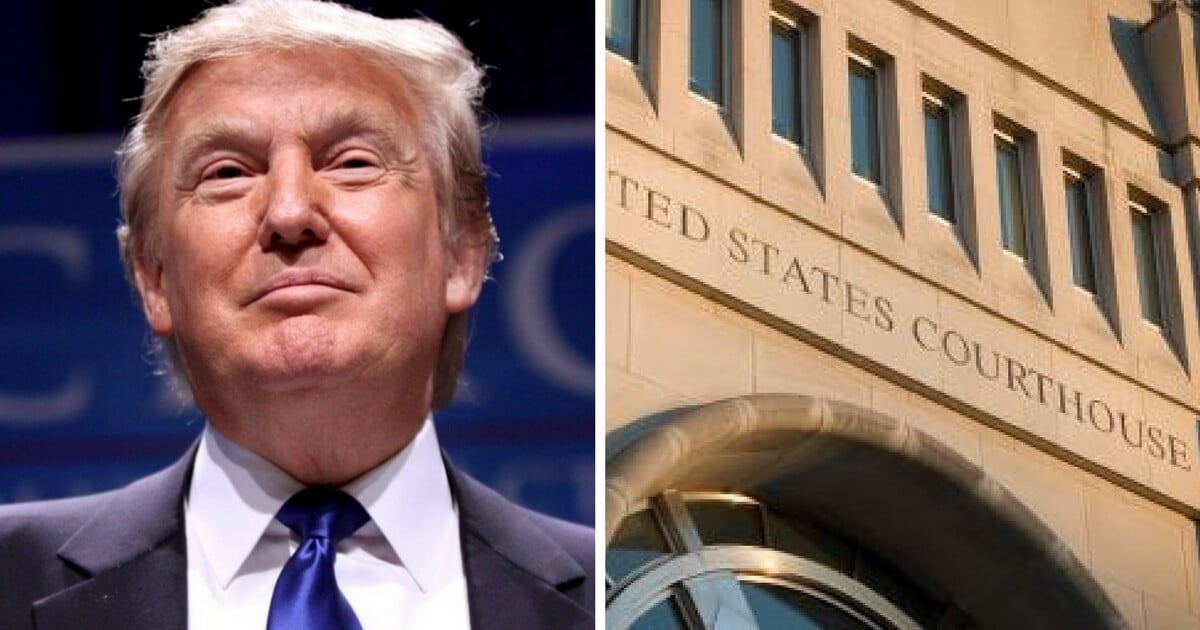 President Donald Trump lauded a win in a federal court affirming his authority to end the Deferred Action for Childhood Arrivals.

The program — initiated by former President Barack Obama by executive action in 2012 — allows those who arrived in the United States before they turned 16 the ability to apply for renewable two-year deferments on deportation.

“Federal Judge in Maryland has just ruled that ‘President Trump has the right to end DACA,’” Trump tweeted on Tuesday. “President Obama had 8 years to fix this problem, and didn’t. I am waiting for the Dems, they are running for the hills!”

Federal Judge in Maryland has just ruled that “President Trump has the right to end DACA.” President Obama had 8 years to fix this problem, and didn’t. I am waiting for the Dems, they are running for the hills!

“(Trump’s) decision took control of a pell-mell situation and provided Congress — the branch of government charged with determining immigration policy — an opportunity to remedy it. Given the reasonable belief that DACA was unlawful, the decision to wind down DACA in an orderly manner was rational,” Titus wrote, according to The Washington Examiner.Titus added that any rhetoric Trump may have employed regarding illegal immigration in the past was not relevant to reaching a legal ruling concerning DACA.

“As disheartening or inappropriate as the president’s occasionally disparaging remarks may be, they are not relevant to the larger issues governing the DACA rescission. The DACA Rescission Memo is clear as to its purpose and reasoning, and its decision is rationally supported by the administrative record,” the judge stated.

The Washington Examiner noted that Titus’ ruling does not override decisions made by federal courts in California and New York issuing preliminary injunctions from preventing the Trump administration from winding down the program for the approximately 700,000 currently enrolled.

Last week, the Supreme Court declined the Trump administration’s request to bypass the appeals court level, but that decision in no way speaks to whether the court would take up the case in a matter of months following rulings at the circuit courts.

Trump had set March 5 as the deadline for Congress to act on DACA, which the federal court rulings in effect placed a hold on.

The president has accused Democrats several times of being unwilling to solve the DACA issue.

Total inaction on DACA by Dems. Where are you? A deal can be made!

The deal Trump seeks is building a U.S.-Mexico border wall and an end to the Visa lottery program and chain migration.

Six months ago, President Trump created the DACA crisis. For six months, his administration has used every available legal option to prevent Dreamers from keeping their DACA protection.

As reported by The Western Journal, Fox News contributor Lisa Boothe reminded Durbin last month who was truly to blame for the DACA issue.

“It’s hard for me to take Sen. Dick Durbin seriously and lay this at the feet of Trump,” said Boothe, “because the reason why we are here right now is President Obama did something he himself said he did not have the legal authority to do in creating the DACA program.”

“This is a temporary stopgap measure,” Obama said when he announced the policy.

Boothe pointed out that Obama’s decision to proceed with DACA in June 2012, during the heat of his re-election campaign, shows that to him, the issue was a political one.

Last fall, after Obama called Trump’s decision to end the program “cruel,” Booth said it was time for the former occupant of 1600 Pennsylvania Avenue to “go away,” noting he had his chance.

The Democrats held both houses of Congress — including a filibuster-proof majority in the Senate — during Obama’s first two years in office, yet did nothing to address immigration, despite calls from Hispanic leaders to do so.

When asked about the topic during a 2010 Univision interview, Obama responded, “I am president, I am not king. I can’t do these things just by myself. We have a system of government that requires the Congress to work with the executive branch to make it happen.”