Jerry Brown: Trump ‘Going to War Against the State of California’ 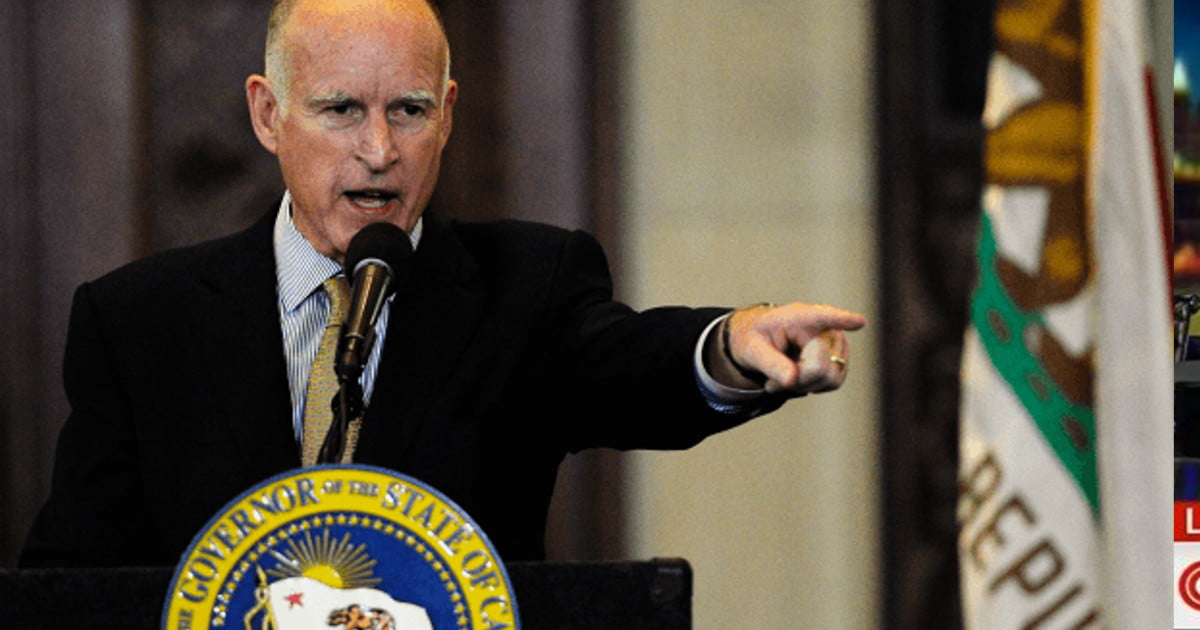 The lawsuit targets three laws in particular: the Immigrant Worker Protection Act (HB 450), the Inspection and Review of Facilities Housing Federal Detainees law (AB 103); and the California Values Act (SB 54). The Trump administration argues that California’s laws are unconstitutional under the Supremacy Clause, which states that federal law “shall be the supreme Law of the Land.”

Sessions flew to Sacramento to mark the occasion with a speech Wednesday morning to a meeting of the California Peace Officers Association, which had opposed SB 54. In his address, Sessions compared California’s resistance to federal immigration law to the efforts of the Old South and the Confederacy to resist the Union.

“There is no nullification.  There is no secession.  Federal law is ‘the supreme law of the land.’  I would invite any doubters to Gettysburg, and to the graves of John C. Calhoun and Abraham Lincoln,” Sessions said.

In response, Brown was enraged.

Ironically, the Obama administration, through Attorney General Eric Holder, challenged an Arizona immigration law on similar grounds to those that Sessions is using to confront California — and prevailed at the Supreme Court.

Nevertheless, Brown warned: “This is basically going to war against the state of California, the engine of the American economy. It’s not wise, it’s not right, and it will not stand.”

In an additional swipe, the governor declared: “We know the Trump administration is full of liars. They’ve pled guilty already to the special counsel.”

And, echoing California Insurance Commissioner Dave Jones, Brown attacked Sessions’s own Southern origins, saying that the Golden State did not need “a fellow from AL coming to talk to us about secession and protecting human and civil rights.”

The people of California will not be bowed by the Trump Administration's brazen aggression and intimidation tactics. We will fight this sham lawsuit and will fight all cowardly attacks on our immigrant communities. #ProtectDREAMers