Nolte: 3 Things the Sam Nunberg Fiasco Tells Us About the Media and Mueller 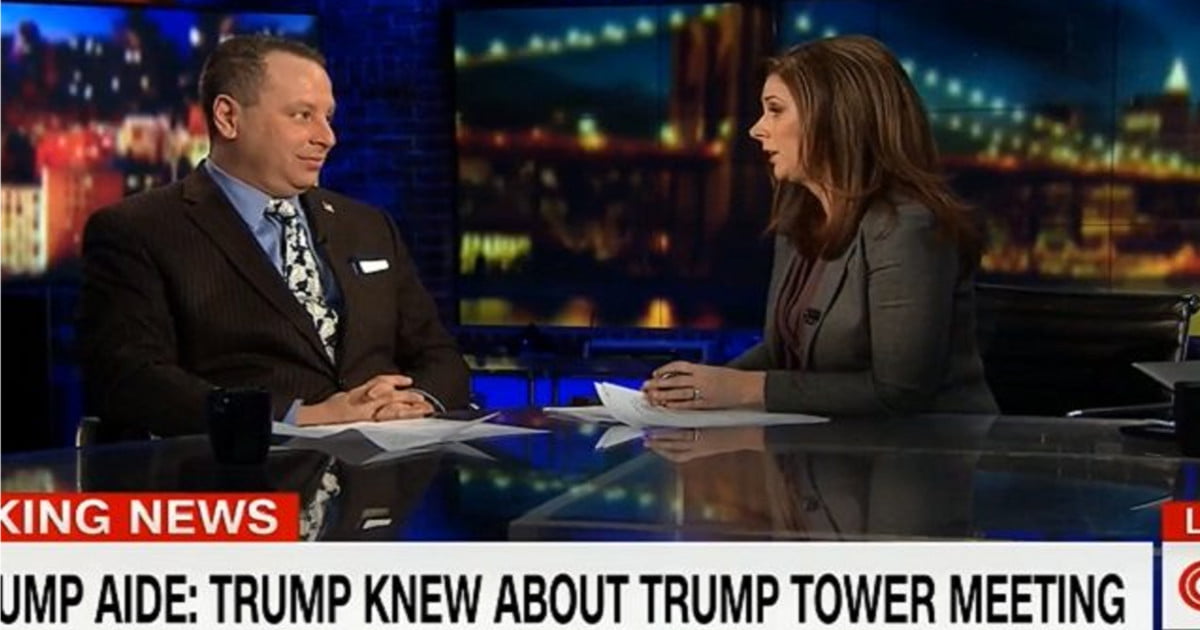 Sam Nunberg, a low-level flunky on Donald Trump’s presidential campaign, a nobody-staffer who was fired all the way back in August of 2015 (during the primaries), exploded across cable news on Monday in a series of increasingly unstable appearances.

While the whole spectacle of Nunberg’s 10 hour meltdown resulted in nothing newsworthy (other than the meltdown itself), it does offer us some potential insight into the national media and Special Counsel Robert Mueller’s never-ending investigation into the hoax that Trump colluded with Russia.

In what was undoubtedly a tormented man’s last-ditch effort to grab hold of some fame, the only reason Nunberg enjoyed more cable news exposure than he ever could have hoped for was because the embittered former aide promised to deliver the goods against Trump.

TAPPER: When you did meet with the members of the special prosecutor’s team and you said they acted very professionally?

NUNBERG: They acted professionally and I was very impressed.

TAPPER: You were very impressed. What were they asking you about?

NUNBERG: They asked about everything in terms of my relationship with Trump, in terms of my — they even — you know, my father worked for Trump in the 1980s, if you read ‘Art of the Deal’ Trump mentions it. They asked about stuff like that. You wouldn’t believe it. And they know — they know something on him. And Jake, I don’t know what it is. Perhaps I’m wrong, but he did something.

TAPPER: You think that they have him on something but you don’t know if it is related to if Russians or something else.

Ooh, juicy — a Trump insider believes Mueller’s got the goods. But this is all speculation coming from a man who is obviously disturbed, who was fired in the earliest days of the campaign, who was possibly drunk, definitely grinding an axe, and most of what he told the media on Monday ended up being retracted on Tuesday.

This guy actually fleeced and maneuvered America’s Drive-By Media. The entire media industry basically self-immolated.  They set themselves on fire simply because some guy that nobody ever heard of came along and claimed that he knew or thought that Trump had colluded with Russia. Now, does this not do something very significant?  Does this incident not fully discredit every story they have run beginning in November of 2016 with all of these deep-state sources? Remember all of these Washington Post and New York Times and CNN stories with multiple reporters.

If they’ll take a guy that they don’t even know and they know that he’s drunk — they can smell adult beverages on his breath — and they’ll still put him on the air, six different shows (45 minutes in one interview), knowing he’s drunk, knowing he was fired in 2015 … They’ll put him on the air simply because of what he says that they don’t check, they don’t verify, they don’t corroborate, just like they didn’t check or corroborate or verify anything that Christopher Steele said in that stupid dossier.

By the time Monday afternoon rolled around, it was glaringly obvious that Nunberg was a troubled man possibly incapacitated by drugs or drink.

Nevertheless, the cable bookings kept coming. The urge to exploit a former Trump staffer, to pull the wings off of him in front of the entire world, was especially strong at CNN where he appeared on Tapper’s 4 p.m. show and — worse still — after that sad fiasco, was booked for 45 minutes on Erin Burnett’s basement-rated 7 p.m. show.

Burnett was eager to help Nunberg light himself on fire, and, incredibly, did so while believing he was incapacitated by alcohol. Only after toying with the man for nearly an hour did Burnett finally confess that she smelled liquor on Nunberg’s breath — a charge he denied.

There was no news here. This was simply our elitist media hoping for a ratings bump and desperate to embarrass Trump by broadcasting and enabling a fellow human being’s public self-immolation.

What kind of cold-blooded, heartless monster goes ahead with a nationally televised interview when she believes her guest is incapacitated and/or diminished by alcohol?

Any decent person would have ended that interview as quickly and possible.

If Robert Mueller is subpoenaing and squeezing a nobody like Nunberg, putting him before a grand jury, and demanding emails going back years — what a desperate fishing expedition this must be.

[Mueller’s] pursuit of Nunberg is troubling. He [Nunberg] seems personally tormented, and no one who knows anything about his brief role in the early summer of the 2015 Trump campaign can justify the sudden interest the special counsel has taken in this marginal character. I’ve been pretty sympathetic to the Mueller probe, and I remain respectful of Mueller himself, but this is puzzling. Mueller’s latest move either means he is wrapping up his investigation but taking an unnecessarily harsh look at a few remaining players, or he is desperate, has nothing on Trump and is grasping at straws. Mueller must be aware of how the appearance of his pursuit of Nunberg diminishes the overall credibility of his investigation.

America has the worst ruling class.