Trump Announces Plans For Inauguration Day-Donald Will Not Show Up, But Will Hold His Own Rally 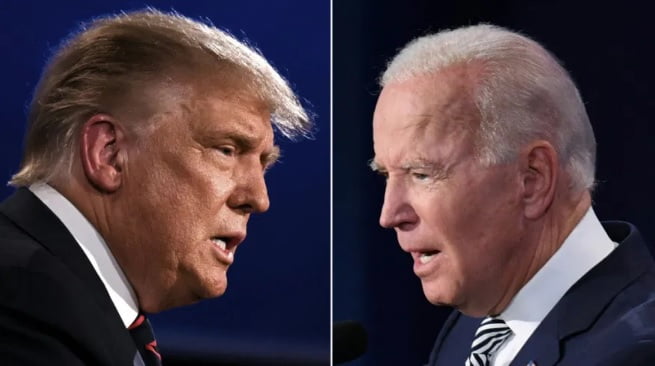 Inauguration Day is January 20, 2021. And if the election results hold, Joe Biden will be inducted as the new President of the United States.

That will only change if Trump starts getting big wins in the courts.

But if Biden’s inauguration does happen, #45 doesn’t plan to go out with a whimper. If all the lawsuits and probes fall flat and Biden is granted the victory, Trump still plans to leave his mark in a big way.

But reportedly, Trump has no intention of going to Biden’s swearing-in ceremony. Instead, he has some plans of his own — and they’re bound to rile Democrats and leftists one last time.

In fact, if the President plays his cards right, he might gain a pretty powerful photo op, at precisely the same time Biden is being inaugurated.

As Fox News reported (via Axios):

A new report from Axios claims that President Trump is considering a dramatic White House departure that includes a final Air Force One flight to Florida where he will host an opposing rally during Joe Biden’s inauguration.

If this does happen, expect a pretty significant turnout for what would be Donald Trump’s farewell rally.

And he could make quite the splash given the timing of the event. As Alayna Treene of Axios wrote:

The Trump talk could create a split-screen moment: the outgoing president addressing a roaring crowd in an airport hangar while the incoming leader is sworn in before a socially distanced audience outside the Capitol.

But it might not be a simple “goodbye rally.” If it does occur, the President might drop a very big piece of news during that speech:

He could use the rally to announce that he’s running for President again in 2024.

People familiar with the situation told NBC News that this was a distinct possibility, and we’ve heard in the past that Trump was considering another run in the future.

Though he maintains the 2020 presidential election wasn’t fair, and he continues to push for investigations in key swing states, the results could be inevitable at this point.

And if Biden is inaugurated, Trump and his constituency will certainly feel the pain of defeat.

So far, Trump has only officially said, “I don’t want to talk to 2024 yet.” But that doesn’t mean he isn’t thinking about it, and he could in fact be prepping a surprise announcement on January 20.

This would certainly rile Democrats, who will be celebrating Biden’s win that day.

Perhaps the mere prospect of “Trump 2024” is enough to keep Republicans and Conservatives hopeful for a return to “MAGA” in just four years time.