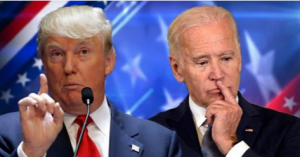 Democrats and their media allies keep begging for Trump to just give up. But clearly, the president isn’t so easily swayed.

Critical lawsuits are moving through the courts. Their decisions could dramatically impact the elections.

But one deadline has already been reached, the so-called “safe harbor” deadline. That hasn’t deterred Trump, as he continues his battle.

In fact, he pointed to Al Gore. Because twenty years ago, he did the same thing. From Fox News:

“Even Justice Ginsburg in the election contest in Bush v. Gore recognized that the date of what she called ultimate significance is Jan. 6, that’s the date that Congress actually counts the votes of the delegates,” Ellis said. “Although we have the safe harbor deadline today, and we have the meeting of the Electoral College next week on Dec. 14, the ultimate date of significance is Jan. 6.”

Trump’s team quoted Justice Ginsburg. Back in the 2000 Election, she reminded the government that the ultimate date of significance is January 6.

That’s the date Congress actually acknowledges the results of the election. Until that moment is reached, Ginsburg claimed it was fine for Al Gore to continue his challenge.

Back then, the media and Democrats had no problem delaying the results. All so that Gore could challenge apparent problems with the Florida count.

Eventually, Gore himself conceded, as it was clear he would not win the day.

In this election, there are numerous states that are ground zero for serious problems. Trump’s legal team has presented evidence that reveals the ballot counting was than legal.

Until January 6, they can continue fighting in the courts to defend and protect our democracy.

Oh, be sure that the mainstream media will complain all the way up to that day. Even beyond it, if it turns out Trump can secure his re-election.

Do we ever expect them to accept his leadership at all?