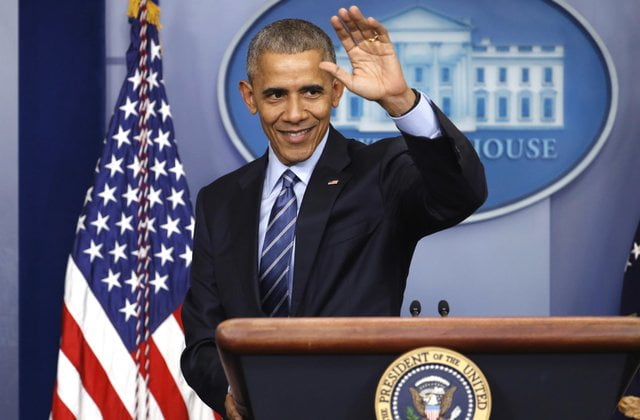 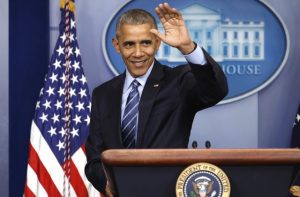 As the country turns its attention to the Senate runoff races in Georgia and the apparent inauguration of Joe Biden, a former political leader finds himself back in the limelight.

But this time, the light isn’t favorable: former President Barack Obama may have some questions to answer after the new report that came out this week.

The issue is the fact that Obama’s Treasury evidently approved a non-profit group’s request for a license, so they could pay a controversial organization.

The problem is that the latter organization was sanctioned for a very good – and very scary – reason.

A report released by Senate Finance Committee Chairman Chuck Grassley (R-Iowa) reveals that an office within the Obama Administration’s Treasury Department called the Office of Foreign Assets Control (OFAC) granted a non-profit group’s request for a license to pay an organization sanctioned for funding terrorist activities.

Grassley and his staff had been investigating World Vision, a non-profit organization, and its apparent relationship with the Islamic Relief Agency (ISRA).

The ISRA was sanctioned in 2004 for supporting terrorist activities. This allegedly included actions taken by Osama bin Laden.

Grassley did say that World Vision has worked to “help people in need across the world, and that work is admirable.” And they may not have known the ISRA was on the sanctions list at the time.

But he also added that “ignorance can’t suffice as an excuse.”

Furthermore, it’s important to note that it was indeed Obama’s Treasury Department that OK’d the World Vision request to pay the ISRA.

This too must be considered and some will latch onto Grassley’s words: ignorance is no excuse.

In a press release, World Vision claimed they had no idea about the ISRA’s status before partnering with them. But the sanctions did exist and were evidently well-founded:

The United States government placed sanctions on ISRA in 2004 after they had funneled approximately $5 million to Maktab Al-Khidamat, the predecessor to Al- Qaeda controlled by Osama Bin Laden.

ISRA’s leadership also engaged in discussions to help relocate Bin Laden to secure safe harbor for him.In the mid-2000’s, ISRA was responsible for moving funds to support a Palestinian terrorist.

In September 2014, when World Vision’s legal team became aware of ISRA’s status as a potentially sanctioned entity, they stopped all payments.

Then on January 23, 2015, it was confirmed that the ISRA was indeed a sanctioned entity, though World Vision still submitted a request to pay out $125,000 for services rendered.

It’s a long and complicated history of transactions, but the bottom line is the Treasury Department did authorize the initial request for a license.

This is the sort of thing that can damage a past President’s reputation, especially in the eyes of Republicans and Conservatives.