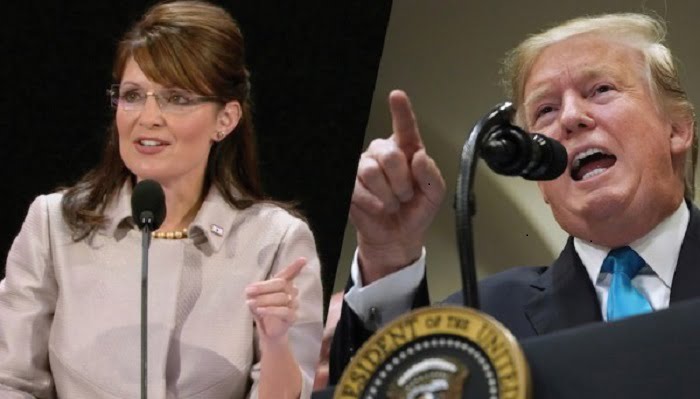 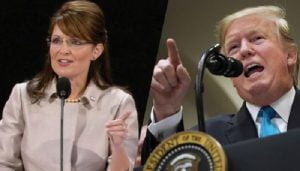 Sarah Palin, former Governor of Alaska and vice presidential nominee, has called on the media to stop labeling protesters in Capitol Hill “Trump supporters” or “Republicans.”

“Media: quit labeling DC protestors ‘Conservatives, Republicans, Tea Partiers, Trump Supporters, etc’ LOOK IN TO WHO THESE PEOPLE ARE who’d choose an apparent leaderless insane swarm to create a perception of condoned violence. KNOCK IT OFF,” Palin wrote on Twitter, attaching a photo showing a group of people who smashed windows to breach the Capitol Building.

Some of those people wore red hats and held Trump flags. It is unclear at this point whether all of them are Trump supporters or not.

“And to any insincere, fake DC ‘patriots’ used as PLANTS—you will be found out.” Palin continued.

The group of protestors breached the Capital Building on Wednesday afternoon, where the joint session of Congress to county Electoral College votes was taking place. Police moved to escorted Representatives and Senators out of the chamber amid the breach as the session was adjourned. Washington D.C. Mayor Muriel Bowser issued a citywide curfew from 6 p.m. Wednesday until 6 a.m. on Thursday.

CNN, NBC NEWS, Washington Post, and many other news outlets call the crowds in the Capitol Building a “pro-Trump mob” or “Trump supporters.”

Attorney Lin Wood, expressed doubt on Twitter and Parler, and indicated that those mobs might be Antifa members.

Palin called the general election a “rigged election” during a rally in Georgia last month, urging voters to vote for two Republican senators; David Perdue and Kelly Loeffler, in the Senate runoff races on Tuesday.

President Donald Trump and GOP lawmakers are condemning the violence and calling for peace.

“I am asking for everyone at the U.S. Capitol to remain peaceful. No violence! Remember, WE are the Party of Law & Order – respect the Law and our great men and women in Blue. Thank you!” Trump wrote on Twitter. He later released a video clip, saying, “We have to have peace. So go home,” which has since been deleted by Twitter.

“Thank you to Capitol Police for protecting the People’s House. Protesters have a Constitutionally-protected right to be heard, but I urge them to remain peaceful,” House GOP Leader Kevin McCarthy (R-Calif.) said on Twitter.

“America is so much better than what we’re seeing today,” Democratic presidential candidate Joe Biden said on the social media platform.

White House press secretary Kayleigh McEnany said in a statement that, at Trump’s direction, “the National Guard is on the way along with other federal protective services.”