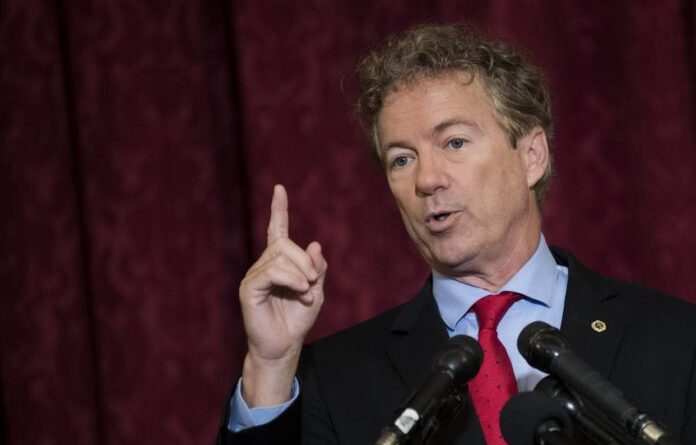 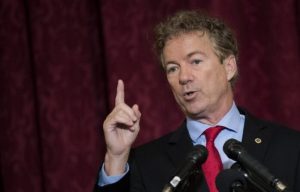 Rand Paul claims that the 2020 election, “in many ways was stolen” and that “fraud happened.”

“The courts don’t like elections. They’ve stayed out of it by finding an excuse, standing or otherwise, to stay out of it. But the fraud happened. The election in many ways was stolen. And the only way it will be fixed is by, in the future, reinforcing the laws,” he said.

Ken Starr says that it is very clear that it is the prerogative of the state legislatures to determine what the election rules and laws are.

“That was, I must say, flagrantly violated in Pennsylvania, and perhaps elsewhere, as well.”

Paul responded, “Yeah, so I think the legal question there is a very easy one to decide. I think even as a physician I can figure out that the secretary of state cannot create law.’

“While we will not dictate it to the states, I think we should have hearings going into the next year, hearing from state legislatures, and what they’re going to do to make sure election law is upheld, not changed by people who are not legislatures, and we do have an interest in that,” he said.

Paul claims that Christopher Krebs said it was the “most secure electio,” in terms of internet security and technology.

“I don’t think he examined that. Did he examine non-citizens voting? So to say it was the safest election, sure, I agree with your statement if you’re referring to foreign intervention,” he said.

“I don’t think you examined any of the problems that we’ve heard here. So really you’re just referring to something differently is what–the way I look at it.”