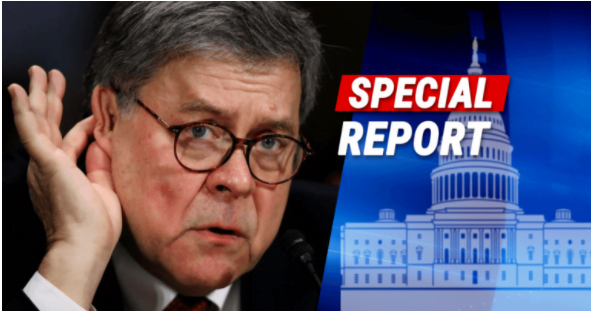 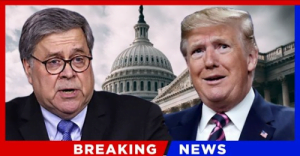 Deep staters should be growing pretty worried right about now. Trump and his team are facing the possibility of losing a second term and they are not going to let real investigations get shuttered.

One important investigation—a criminal investigation—has been going on for years. It concerns what the FBI and other agencies did in 2016 and 2017.

President Trump has said that a special counsel should be appointed so that the work can continue, regardless of who is in the White House.

And only hours later, Barr responded:

Attorney General William Barr says he has appointed U.S. Attorney John Durham as a special counsel to continue his probe of the origins of the FBI’s 2016 Russian investigation, giving him an extra layer of protection to continue his probe during President-elect Joe Biden’s time in office…

“I decided the best thing to do would be to appoint them under the same regulation that covered Bob Mueller, to provide Durham and his team some assurance that they’d be able to complete their work regardless of the outcome of the election.”

Barr has made John Durham, the U.S. attorney leading the DOJ investigation, as a special counsel to continue his work into the coming years.

Should Joe Biden end up in the White House, he could easily shut down the investigation that has the possibility of indicting former Obama allies.

But a special counsel is supposed to work independently of the DOJ, much like Mueller and his team did, so a president would have less power to interfere.

We’re under no illusions that Joe Biden would let the DOJ continue to investigate possible crimes committed while he was vice president. Evidence suggests that even Biden was involved in attempts to discredit and unmask Michael Flynn.

Perhaps further investigations could put Biden into further trouble, or at least future members of his administration.

Why would he just let Durham continue his work, then? A special counsel makes it more difficult to stop him, so Biden can’t just snap his fingers and end the case.

But the question remains, what will Durham uncover and how will it impact our country? Many Americans have been waiting for years. They shouldn’t wait forever.

Do you want Durham and Barr to finish the FBI investigation?