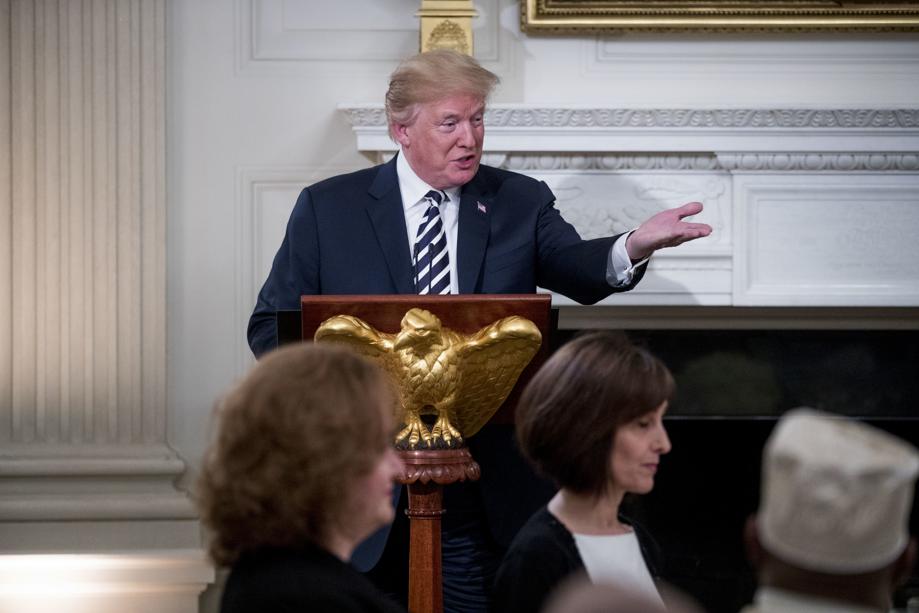 President Donald Trump hosted an Iftar Dinner at the White House on Wednesday in honor of the Muslim feast of Ramadan.

“To each of you and to the Muslims around the world, Ramadan Mubarak,” Trump said, during remarks at the dinner, extending the Ramadan greeting shared by Muslims. “In gathering together this evening we honor a sacred tradition of one of the world’s great religions.”

The president welcomed friends and diplomatic staff of Muslim majority nations such as Iraq, Qatar, and the United Arab Emirates at the White House for the dinner, the meal that Muslims celebrate at the end of their Ramadan fast at sunset.

Trump pointed to the “timeless message of peace, clarity, and love” that occurred during the month of Ramadan, urging all Americans to strive to achieve these values.

“Let us pray for peace and justice and let us resolve that these values will guide us as we work together to build a bright and prosperous future that does honor and glory to God,” he said.