Trump to Trudeau: ‘Didn’t you guys burn down the White House?’ 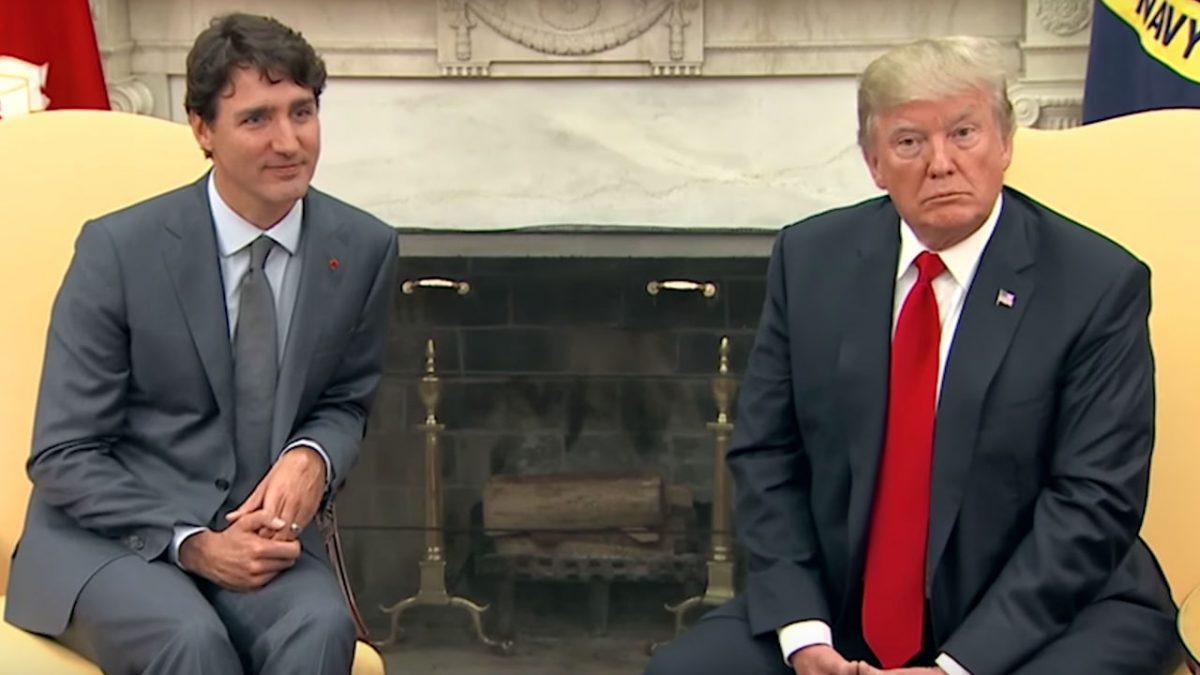 President Trump falsely claimed Canada burned down the White House during the War of 1812 while on a phone call with Canadian Prime Minister Justin Trudeau last month, CNN reported on Wednesday.

It is not clear from the report whether Trump was joking.

According to CNN, on May 25, Trump and Trudeau were discussing the Trump administration imposing tariffs on steel and aluminum imports from Canada.

Trump says the tariffs are a matter of national security, something Trudeau reportedly contested during the phone call, sources familiar with the discussion told CNN.

“Didn’t you guys burn down the White House?” Trump reportedly said in response.

Trump was apparently referring to the War of 1812, when the White House and much of Washington, D.C., was burned by the British.

The British marched on Washington, D.C., in August 1814 after the Americans attacked York, Ontario. That territory, part of Canada, at the time was a British colony.

Former first lady Dolley Madison famously rescued a portrait of President Washington before fleeing the White House as it burned.

A source who was on the call told CNN that the comment was “not a laughing matter.”

“To the degree one can ever take what is said as a joke,” the source told the network. “The impact on Canada and ultimately on workers in the U.S. won’t be a laughing matter.”

The Hill has reached out to the White House for comment.

Trump bragged in March that he has made up facts during meetings with Trudeau.

He reportedly told people at a fundraising dinner that he insisted the U.S. has a trade deficit with Canada but didn’t know if that was true.