O’Reilly “Are you ready for the collapse of the news media? It’s coming” 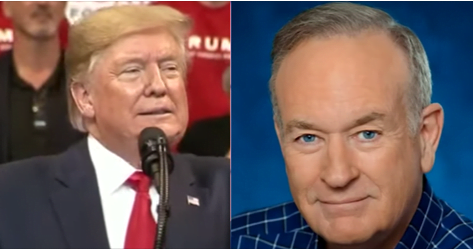 In a viral tweet that has been liked nearly 200k times, Fox News host Bill O’Reilly asks “Are you ready for the collapse of the news media?”

He then says “It’s coming.”

Are you ready for the collapse of the news media? It's coming.

O’Reilly links to his Op-Ed and writes:

Get ready. Big changes coming next year in politics and media.  All of us will be affected. Spread the word.

Unless Moses comes back and parts the Potomac River, Joe Biden will be President. Old Joe grabbed more that 78 million votes, a record.  Donald Trump garnered 73 million, the second biggest vote-getter ever with only Biden beating him.  Doing the math, more than 150 million Americans cast ballots.

But on the day after the election, with the contest in dispute and drama high, only two million Americans watched the CBS News special.  Just two and a half million watched ABC’s election special.

Three and a half million tuned into see NBC’s special newscast.

Those are catastrophic numbers.

So what’s happening right before our eyes?

Well, most Americans who consume what the corporate media puts out know that dishonesty and unfairness is the lead story. From the beginning of his presidency, Donald Trump has been brutally attacked by the press which openly allied itself with the Democratic Party.

Every honest person has to admit that.  The Russian collusion fiasco and impeachment were historic embarrassments.

The smearing of Mr. Trump combined with the President’s lack of discipline in defending himself led to his defeat.  In his heart, the President knows I’m right.  Trump made too many unforced errors.  But the way he was treated by the combined national media agencies was corrupt and unprecedented.

Americans who pay attention understand that no matter who they voted for.  They know the media fix was in.  And they will not forget.

Therefore, all of the corporate media will suffer and lose audience steadily over the next year.  Because the fix will STILL be in. Readers and watchers of the news will continue to be misled.  Every day.  Every way.