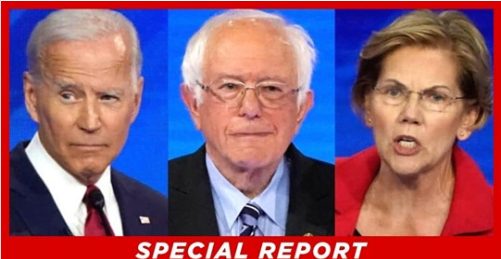 The Senate runoff races in Georgia will determine the makeup of the Senate, but in more ways than you think.

If Democrats win both seats, they would have a majority. That means they’ll be able to ram whatever crazy agenda they want down America’s throat.

There would be little to stop them, especially if Joe Biden becomes the president.

But if Republicans hold those seats and the majority, it would create all sorts of problems for a President Biden:

Republicans will control at least 50 seats in the next Senate. The GOP is hoping to add to its majority by winning two runoff races scheduled for Jan. 5 in Georgia, a state that traditionally votes Republican…

But if Democrats lose just one of those races,

But there are real questions over whether a nomination of Warren, Sanders or Rice would get to a vote in a GOP-majority Senate.

If Republicans hold onto the Senate, a President Biden would have a hard time getting radical nominees appointed to his cabinet.

But if the GOP runs the Senate, they get a say in who serves a Joe Biden administration.

And you better believe they won’t be rubber-stamping socialist appointments.

Joe Biden claimed to be moderate all his life. So, why does he want to appoint people like Warren and Sanders?

In any event, Biden would need the support of the Senate to get his agenda done on any level. But as things are shaping up, he will have a hard time.

Do you want Republicans to stop Joe Biden if he becomes President?