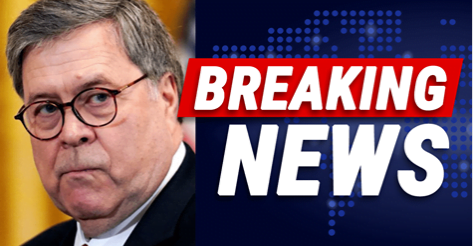 U.S. Attorney General William Barr has been busy lately. Over a month ago, the AG launched a special operation designed to target crime across the country.

And now, that operation has yielded significant results — a great many arrests have been made, and hundreds face federal charges.

Barr executed “Operation Legend” on July 8. In the 5 weeks since it began, federal agencies have put a big dent in criminal enterprises.

The operation is described as follows:

The Trump administration has often been accused of making bold moves, but failing to produce significant results.

But they can’t this time, however.

At least 207 people have been charged with a federal crime, and more than 1,000 arrests have been made in major metropolitan cities since the Department of Justice launched Operation Legend in July…

The operation was name in honor of 4-year-old LeGend Taliferro, who was shot and killed while he slept on June 29 in Kansas City, MO.

Barr said LeGend “is a symbol of the many hundreds of innocent lives that have been taken in the recent upsurge of crime in many of our urban areas.”

The AG added that his name “should be remembered.” And thanks to this operation, it likely will be.

Barr said over 1,000 federal agents were sent to 9 U.S. cities to crack down on violent crime and criminals. He also allocated $78.5 million in grants for more police and prosecutors in those areas.

Furthermore, the Attorney General hazarded a guess as to why such areas have seen a spike in crime.

He suggested it was due partially to “pent up aggression prompted by state and local quarantine orders,” as well as the premature release of dangerous prisoners.

ing this about Operation Legend:

Its mission is to save lives, solve crimes and take violent offenders off the streets before they can claim more victims.

Rather than demonizing and defunding our police, we are supporting and strengthening our law enforcement partners at the state and local level.

Barr’s operation comes during a time of great controversy. “Defund the Police” has gained momentum in recent months, as has calls to crack down on the NRA.

But Operation Legend appears to be a step in the right direction, regardless of your political views.