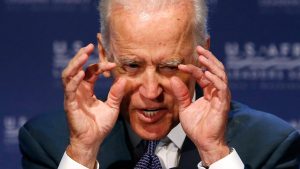 Despite warnings from legal experts and lawmakers, Democrats in the House rushed through a second impeachment against Donald Trump. But it looks like it’s already coming back to bite them.

Many accused Democrats of weaponizing the impeachment process over politics. This time, they didn’t even conduct an investigation or collect evidence.

They simply forced a vote, based on their own accusations and opinions.

Now, one Republican leader is fighting back. From Fox News:

Rep. Marjorie Taylor Greene, the newly elected Republican from Georgia, took to Twitter Wednesday to announce that she will be filing articles of impeachment against President-elect Joe Biden a day after the inauguration…

“It’s time to take a stand,” she said. “I’m proud to be the voice of Republican voters who have been ignored.”

…The congresswoman did not specify what exact charge she will level against Biden, but she tweeted out the now-famous panel discussion at the Council on Foreign Relations where Biden talked about how he urged Ukrainian officials to fire Viktor Shokin, the country’s prosecutor in 2015, while he was vice president.

It appears at least one Republican is voicing a desire to turn impeachment around on the Democrats.

Greene says she is taking a stand against what the Democrats have been doing. She claims to be representing the 75 million Americans who voted for President Trump in 2020.

It’s unclear if this motion will gain any steam among Republicans. But the fact one lawmaker is mulling it speaks volumes of the state of our government.

Democrats, if you remember, impeached Trump over a phone call with a foreign leader. A call many said was above board.

They now have impeached him, claiming political language similar to many other politicians was responsible for others’ actions, even though evidence is starting to show it was planned days or weeks in advance.

If they can do that, why can’t a Republican call out Biden over accusations of actual crimes? Many Americans have been disturbed by allegations and reports of the former vice president and his family.

Some investigations have occurred—but it remains in doubt if those will continue. Perhaps an impeachment push will urge lawmakers to continue looking into Biden’s history?