Martel: The Value of Calling a Shithole a ‘Shithole’ 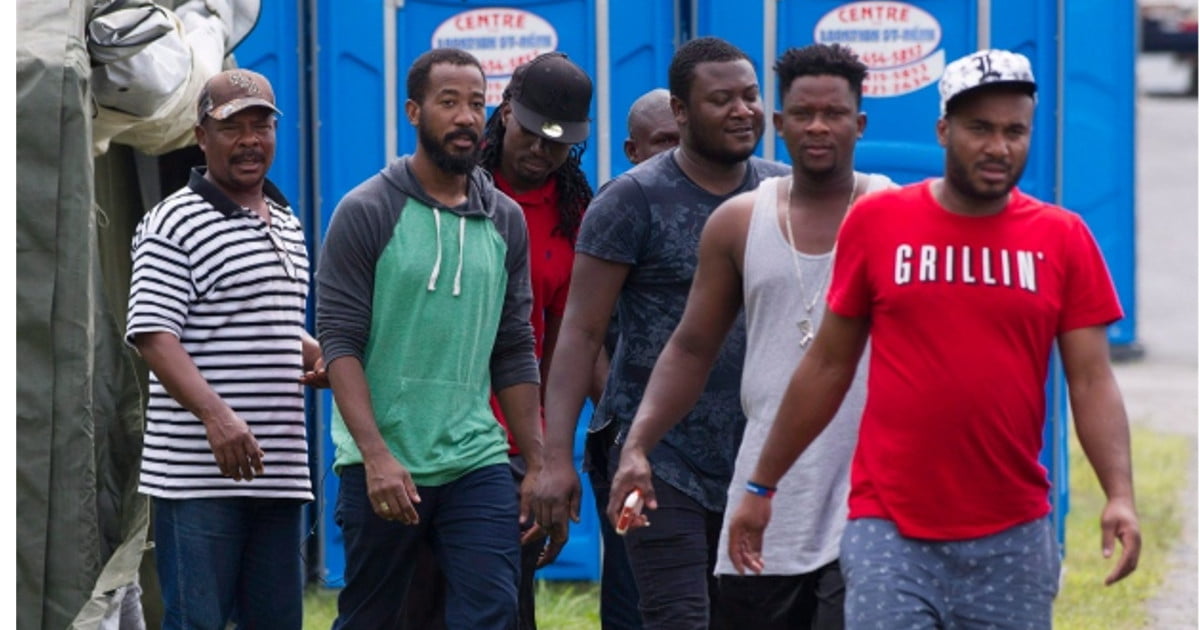 In a news cycle full of poverty, war, political intrigue, and all the usual torment, America’s media have wasted valuable time this week debating the value of President Donald Trump’s use of a bad word ‘Shithole’ .

Leftist journalists, politicians, and celebrities have scuttled out of the woodwork to decry that Trump allegedly branded some unspecified nations “shitholes.” The use of the term, they argue, proves the president is racist – and, as we all learned during the Obama era, all “racist” talk must be silenced.

The circumstances surrounding how we got to this point in the news cycle – where a nation is hanging on to every word of the president’s, and this word happens to be “shithole” – matter little in comparison to what this outbreak of decency among the elite liberal left exposes. It is a fact that those of us with family roots in oppressed nations know all too well: the left divides the world into “paradises” and “shitholes” all the time, depending on how much money there is to be had in duping apolitical Americans into buying their classifications.

It takes barely any time to find a handful of examples of profiteers selling naive thrill seekers the notion that any variety of impoverished, exploited underdeveloped country is a secret oasis full of exotic beauty and free of the “stain” of Western luxury.

“North Korea is probably one of the safest places on Earth to visit provided you follow the laws as provided by our documentation and pre-tour briefings,” Young Pioneer Tours, the company that swindled 22-year-old Otto Warmbier into an excruciating state murder, still boasts on its website today. “North Korean’s [sic] are friendly and accommodating, if you let them into your world and avoid insulting their beliefs or ideology.”

“Deeply embedded in the past, Belarus offers a rare insight into a bygone world,” the British travel website Wanderlust boasts of Europe’s last remaining communist nation, which remains heavily contaminated after Soviet negligence resulted in 2.2 million citizensbeing bombarded with radioactive waste in the 1986 Chernobyl nuclear disaster. “Located in the heart of Europe, Belarus is a living museum to Soviet Communism.”

“For 2,500 years, this powerful country has entranced, mystified and beguiled the world,” the New York Times boasts of the Islamic Republic of Iran (the Times offers its wealthiest subscribers tours to some of the world’s most repressive destinations through its “journeys” travel program). The tour includes a tour of the “family home of the religious leader who engineered Iran’s transition to an Islamic republic,” presumably former Supreme Leader Ruhollah Khomenei.

“Though Iran often rejects Western ways and is frequently under fire for its positions on human rights, its nuclear program and Israel, its role as a birthplace of civilization cannot be denied,” the Times gushes.

“The Republic of Congo is on the cusp of becoming one of the finest ecotourism destinations in Africa,” the travel guide publisher Lonely Planet‘s website claims, listing “a pleasantly laid-back capital city in Brazzaville, some decent beaches on its Atlantic coastline and the warm and welcoming Congolese culture” as its evidence.

Amnesty International’s page on Congo lists repression of dissidents, lack of press freedom, “harsh and inhumane” prison conditions, and widespread discrimination against the Pigmy ethnic minority as human rights concerns in the country. The World Bank found in its 2017 assessment that two-thirds of students who graduate primary school lack basic literacy and mathematical skills and nearly half the nation’s residents live below the poverty line.

Cuba, a nation drowning in garbage where unarmed mothers are beaten and arrested for going to church, you can find a “sexual Disneyland” where, “thankfully,” the Cuban government turns a blind eye to rampant sex trafficking.

Venezuela, where Marxism has forced people to actually eat the garbage laying around everywhere, was a “paradise for $20” in 2015, according to a Reuters headline quoting tourists at the time. “People should come. It’s so cheap, it’s ridiculous,” one tourist is featured as urging in the piece.

Do not be deceived by the earlier date on that piece – In 2015, Venezuela’s maternity wards were already killing infants with vermin infestations and McDonald’s was charging $133 for an order of fries.

Zimbabwe, a tyranny under leftist nonagenarian Robert Mugabe – and now spring chicken Emmerson Mnangagwa, 75 – for decades, isn’t a tragedy, but a profitable investment opportunity. “For companies willing to take on some risks, now is the time to buy local assets, which, though priced in USD [U.S. dollars], are still fairly cheap because of the associated risk,” the Harvard Business Review suggested last week, despite Mnangagwa exhibiting the same signs of authoritarianism as his predecessor and the nation’s impoverished growing impatient.

Silence is complicit in the propaganda of the oppression of these “shitholes.” Silence is necessary to keep the pockets of everyone from Carnival Cruises to the New York Times to the tourism arms of the regimes that welcome them.

President Trump’s alleged “crudening” of the language to describe these places from which so many flee serves as an opportunity to deny those who profit from masking reality the ability to do so.

President Trump is, of course, not the prime vehicle for the message that truth sets nations free in this particular case. His sons have publicly showcased vacations in Zimbabwe, very likely profiting longtime tyrant Robert Mugabe with their presence. Though, conversely, it is worth noting that Trump himself has, on multiple occasions, written about his refusal to build real estate commodities in Cuba citing human rights concerns. And then there’s the fact that the reporting surrounding Trump’s comments during the meeting in question is so convoluted and weaponized that it is difficult to even understand what argument he was trying to make by using the word.

Dismissing places where human rights abuses, hunger, and disease are rampant as “shitholes” without offering a viable alternative for running their governments is unproductive. But silencing anyone who dares speak the truth about these places – and what that says about their ruling ideologies – is even worse.