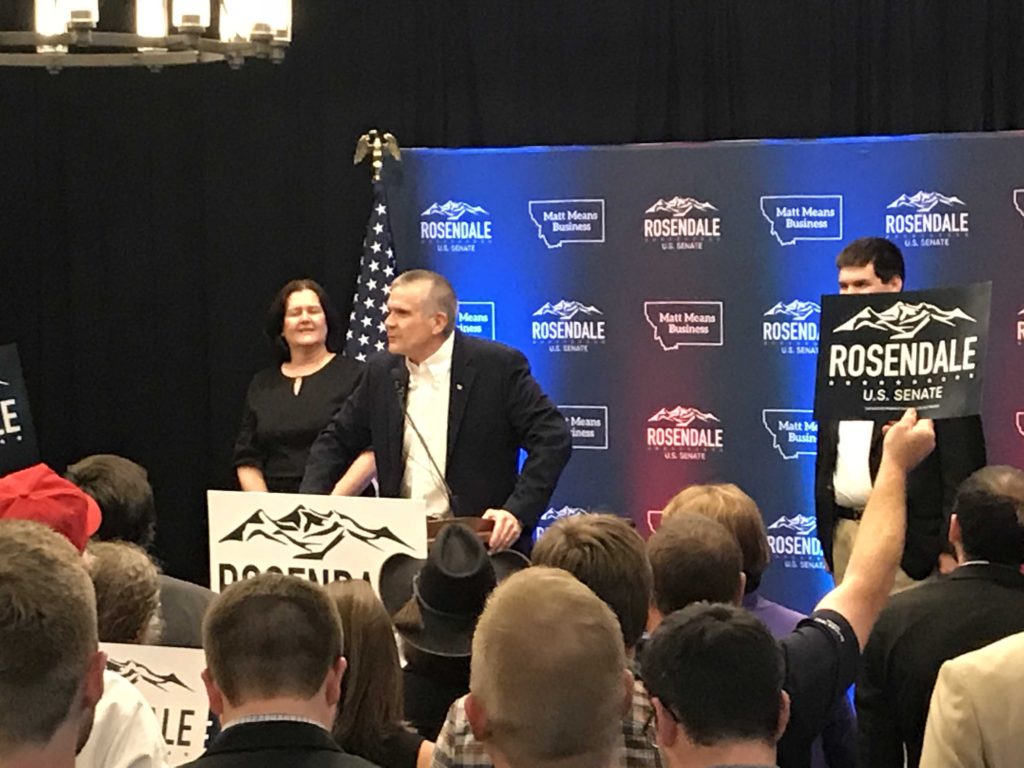 Eight states hold primary elections tonight, but all eyes will be on California, where Democrats could get shut out in key House races in the Golden State because of California’s top-two jungle primary system.

Breitbart’s Sean Moran is on the ground in the Big Sky state, covering the GOP Senate primary. Moran will be sending in updates from Matt Rosendale’s campaign headquarters.

Stay tuned to Breitbart News for live updates of all of the key results. All times eastern.

2:00 AM: CA state senator Josh Newman (D-Fullerton) looks like he will be recalled for supporting the gas tax and replaced by Republican Ling Ling Chang, which means Democrats will lose their supermajority in the state senate.

1:50 AM: Persky (Stanford rape case judge) likely will be first CA judge to be recalled since 1932

“We’re here to slaughter the hog of big government,” he said. Rosendale continues to lead at 33.7 percent of the vote, while Fagg has 29.2 percent, with 48 percent of precincts reporting.

Rosendale looks to have won #mtsen GOP primary, as he slowly pulls away from Fagg. But, still votes to be counted. #mtpol #mtnews

It's going to be Rosendale in Montana. He's up by about 2,000 votes and while only 1/3 of the precincts are in about 60% of the expected vote is in. Fagg just not winning outside of Yellowstone and nearby counties while Rosendale winning most everywhere else.

12: 23 AM: NBC and CNN project Republican gubernatorial candidate John Cox will get the second spot in the gubernatorial race and face off against Newsom. Cox surged after Trump endorsed his candidacy.

JUST IN: Republican gubernatorial candidate John Cox will be one of the top two finishers in California’s jungle primary and will advance to the November election to face off against Democrat @GavinNewsom. pic.twitter.com/QgqHakcWmy

Cox: “Newsom loves San Francisco with homeless in the streets… and a housing crisis… I don’t think Newsom deserves a promotion.”