‘They Are Killing Our Dreams!’ Illegal Aliens Hold Mock Funeral in U.S. Senate 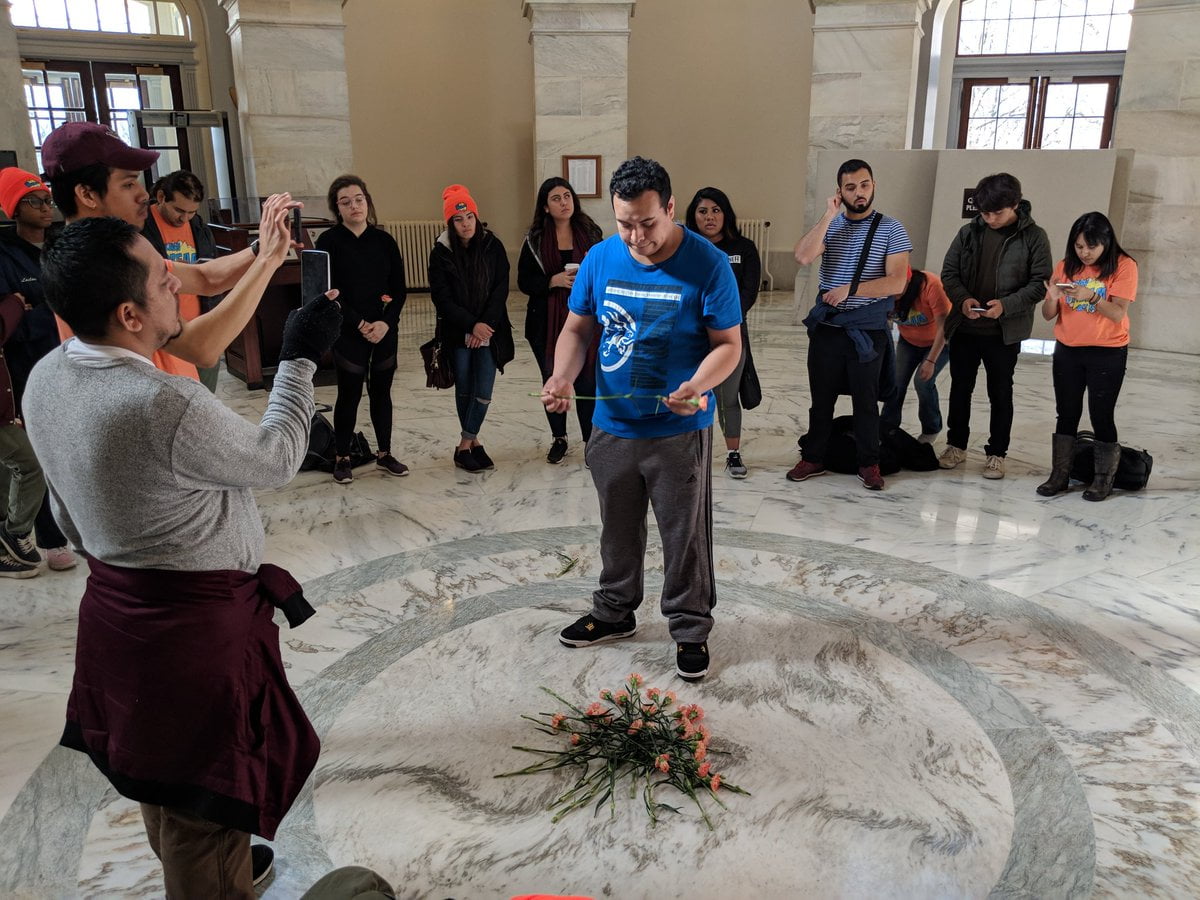 Illegal alien activists held a mock funeral in the U.S. Senate rotunda, saying that because Congress and President Trump have not given them amnesty, “they are killing our dreams.”

Here we are in the Senate Rotounda.

We are setting flowers for the dreams killed and for our community that has to wait even longer til they get protections.

This is in you Congress.

A group of mostly illegal aliens and open borders activists with the group “United We Dream” gathered in the Senate rotunda on Wednesday to demand an immediate passage of a full-scale, expansive amnesty plan that would potentially give legal status and a pathway to U.S. citizenship to all of the 12 to 30 million illegal aliens living in the U.S.

The group of activists stood around in a circle as each illegal alien came forward saying they “deserve” and are entitled to an amnesty, each dropping an orange flower on the ground in a mock funeral-style event.

“To the Republican Party, you are responsible for us not being able to be with our loved ones… it’s on you,” one illegal alien said. “That pain, that suffering rests on your heart and your shoulders. And this flowers is for all those people that are crossing the border and risking their lives.”

Another illegal alien blamed Republicans for “killing the dreams of our people,” saying:

The GOP is killing the dreams of our people, of my friends. All of these flowers represent the love that we have for each other.

My community deserves a life with dignity and a life without fear. Our communities have come too far to turn around now.

To the GOP, these are the lives that you are putting at risk with your inaction.

Another illegal alien said the GOP and President Trump were “scaring” her community of illegal aliens in Long Island, New York.

“We do not deserve to be put under and belittled by the GOP, especially with Trump trying to come to our community and scaring us,” the activist said. “And this flower is a representation that we won’t ever back down. And we know who we are and you should know who we are.”

“If Chuck won’t let us dream, we won’t let him sleep!” illegal alien activists shouted outside the New York liberal’s home on Tuesday.

Giving amnesty to 12 to 30 million illegal aliens in the U.S. would have an immediate negative impact on America’s working and middle class, specifically black Americans and the white working class who would be in direct competition for blue-collar jobs with the largely low-skilled illegal alien population.

Additionally, under current legal immigration laws, if given amnesty, the illegal alien population would be allowed to bring an unlimited number of their foreign relatives to the U.S. with them. This population could boom already high legal immigration levels to an unprecedented high. An amnesty for illegal aliens would also likely triple the number of border-crossings at the U.S.-Mexico border.