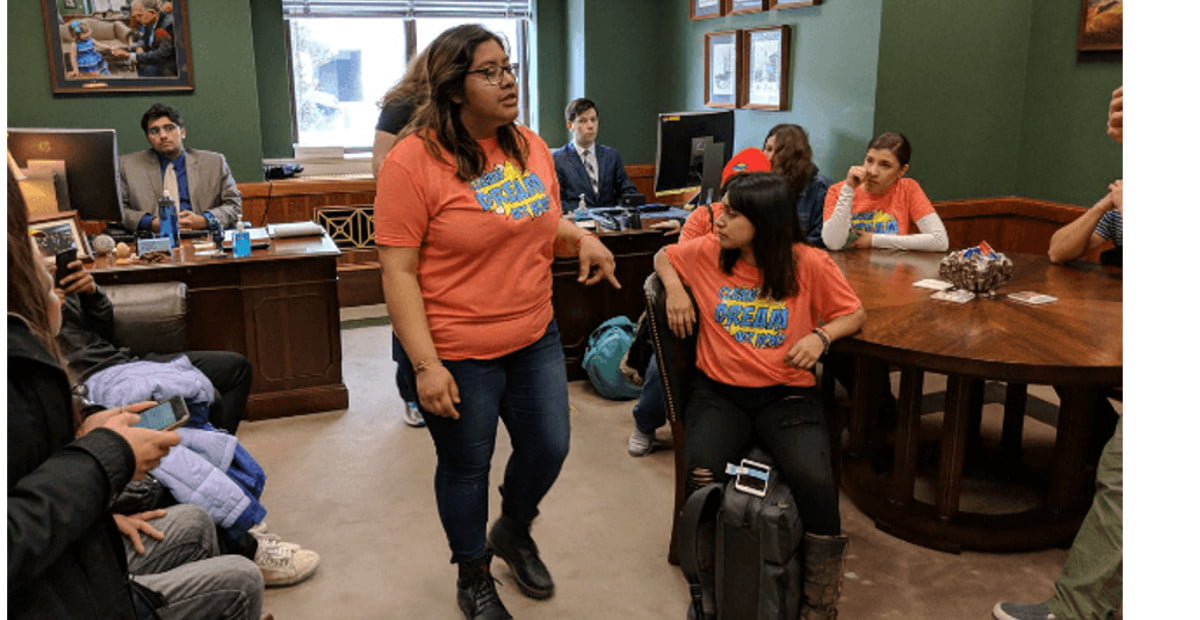 As the group of illegal aliens and open borders activists — with the George Soros-funded group “United We Dream” — stormed Tillis’ office demanding amnesty, one illegal alien from North Carolina shouted, “F*ck this conservative! F*ck this person!”

I’ve already talked to Thom Tillis in person and he looked me in my face and told me that we have until March 5. He told me to my face that undocumented youth are not immigrants, are not priority. I’m not a priority.

F*ck this conservative! F*ck this person!

Tillis is one of the most pro-open borders Senators in Congress, authoring the SUCCEED Act this year with Sen. James Lankford (R-OK) which would give amnesty to at least 2.5 million eligible illegal aliens in the country, as Breitbart News reported.

Tillis is a close ally to the big business lobby and U.S. Chamber of Commerce, which supports expansive amnesty for illegal aliens and increase legal immigration to the U.S. in order to drive down wages for American workers and make labor costs cheaper for employers.

Previously, Tillis has continuously said he wants more multinational companies in the U.S. to hire cheaper, imported foreign workers for the blue-collar and white-collar job industries. Before being elected in 2006, Tillis worked at IBM, one of the largest outsourcers of American jobs, now employing more workers in India than the U.S.