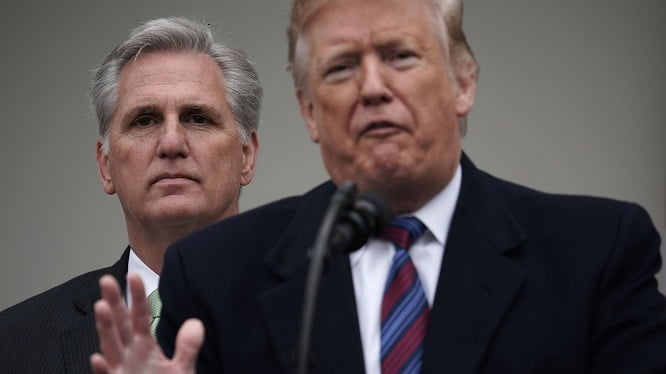 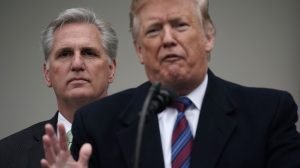 “Impeaching the President with just 12 days left will only divide our country more. I’ve reached out to President-elect Biden today & plan to speak to him about how we must work together to lower the temperature & unite the country to solve America’s challenges,” McCarthy said in a Twitter statement.

House Democrats, meanwhile, are planning for a fast-track impeachment vote next week under the charge, “Donald John Trump engaged in high Crimes and Misdemeanors by willfully inciting violence against the Government of the United States,” according to NBC News.

McCarthy condemned violence in his statement, saying that “the violence, destruction, and chaos that unfolded at the Capitol on Wednesday was unacceptable, undemocratic, and un-American,” and said he told Trump that “he had a great responsibility to intervene to quell the mob and start the healing process” for the United States.

Democrats are aware that time may not be on their side, with Assistant House Speaker Katherine Clark (D-Mass) telling CNN: “We know that we have limited time, but that every day that Donald Trump is president of the United States, is a day of grave danger. So we can use procedural tools to get articles of impeachment to the floor for a House vote quickly.”

McCarthy called on Democrats to focus on the challenge the United States is facing: the CCP (Chinese Communist Party) virus is still coursing through communities, businesses and workers are facing unprecedented stress, children are falling behind, and the threats from adversaries such as Russia, China, and Iran are increasing.

“As leaders, we must call on our better angels and refocus our efforts on working directly for the American people. United we can deliver the peace, strength, and prosperity our country needs. Divided, we will fail,” McCarthy said in his tweet.

House Speaker Nancy Pelosi (D-Calif.) said she planned to talk to Biden Friday afternoon, after Biden distanced himself from the impeachment by saying it was “a judgment for Congress to make,” according to CNN.

If the impeachment becomes official, Trump will be the only president in U.S. history that has been impeached twice.