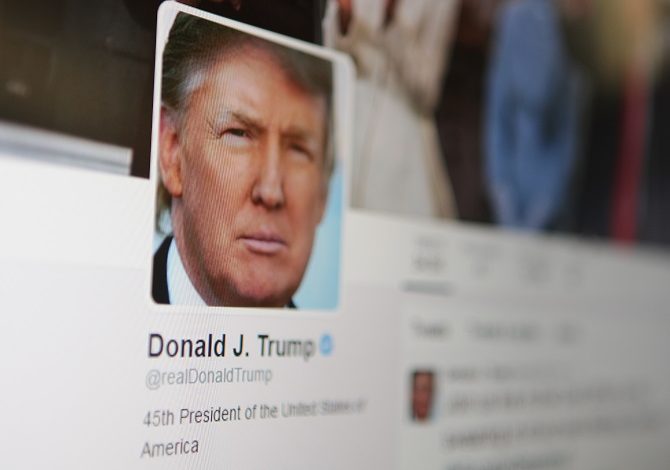 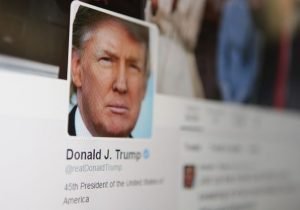 President Donald Trump responded to Twitter’s move to permanently suspend his account from its platform late Friday, condemning the big tech giant and saying that it does not stand for free speech.

The president also said he anticipates a “big announcement” soon and that his team is negotiating with other sites and is also looking at building a separate platform.

“As I have been saying for a long time, Twitter has gone further and further in banning free speech, and tonight, Twitter employees have coordinated with the Democrats and the Radical Left in removing my account from their platform, to silence me—and YOU, the 75,000,000 great patriots who voted for me,” Trump said in a statement.

“Twitter may be a private company, but without the government’s gift of Section 230 they would not exist for long,” he added.

“I predicted this would happen. We have been negotiating with various other sites, and will have a big announcement soon, while we also look at the possibilities of building out our own platform in the near future. We will not be SILENCED!” he said.

“Twitter is not about FREE SPEECH. They are all about promoting a Radical Left platform where some of the most vicious people in the world are allowed to speak freely,” Trump continued. “STAY TUNED!”

The statement came from the account @POTUS but the Twitter posts were gone within a few minutes.

“Using another account to try to evade a suspension is against our rules,” Twitter said in a statement to news outlets. “We have taken steps to enforce this with regard to recent Tweets from the @POTUS account.”

“For government accounts, such as @POTUS and @WhiteHouse, we will not suspend those accounts permanently but will take action to limit their use.”

Publishers can be held liable for any content they post, but social media platforms and tech companies are protected by the Communications Decency Act‘s Section 230, which provides blanket liability protections from content generated by third-party users.

The first post read, “The 75,000,000 great American Patriots who voted for me, AMERICA FIRST, and MAKE AMERICA GREAT AGAIN, will have a GIANT VOICE long into the future. They will not be disrespected or treated unfairly in any way, shape or form!!!”

Subsequently, the president posted, “To all of those who have asked, I will not be going to the Inauguration on January 20th.” This was the last Twitter post before Trump’s account was removed from the platform.

Twitter said that the two posts had violated its “Glorification of Violence policy,” which aims to “prevent the glorification of violence that could inspire others to replicate violent acts.”

Its assessment determined that Trump’s last two Twitter posts are “highly likely to encourage and inspire people to replicate the criminal acts that took place at the U.S. Capitol on January 6, 2021.” Twitter said its determination is “based on a number of factors,” including five points it listed in its statement.

The Epoch Times cannot independently verify the claims made by Twitter in its determination. The Epoch Times has reached out to Twitter asking whether it had any evidence that Trump’s statements were directly linked to any violence. Twitter did not immediately respond.