JUST IN: President Trump And Mattis Uncovered Trillions Of Dollars Missing From Budget 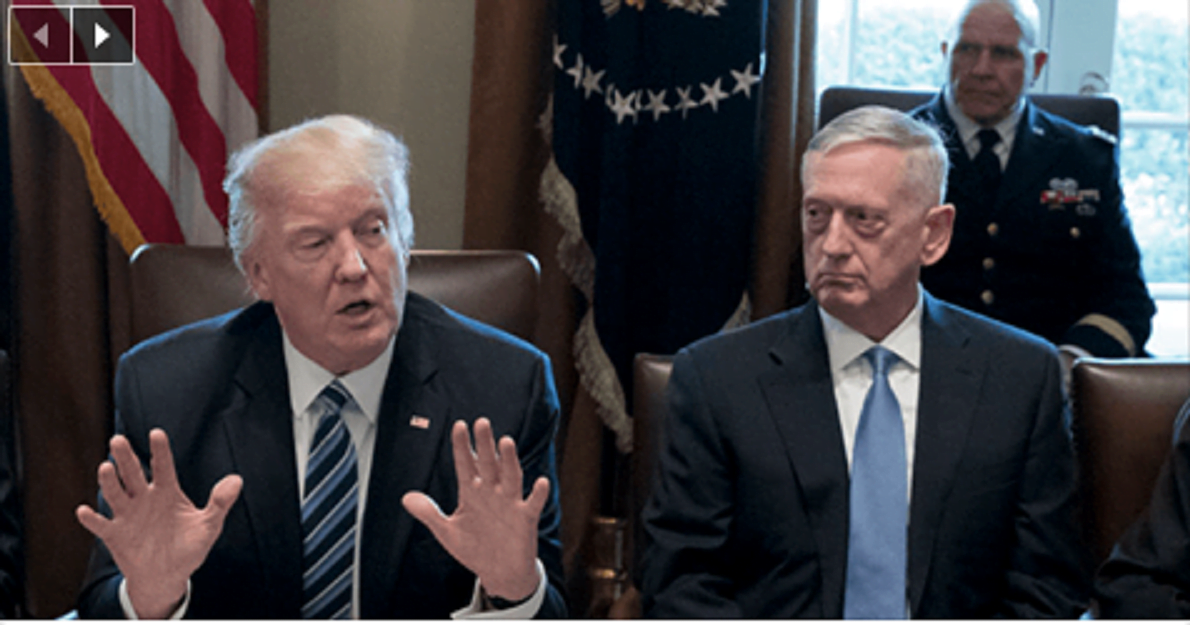 The media left yet another milestone go by unnoticed. The monolithic military headquarters  are going to withstand an official inspection that will find out inexplicable sums of up to trillions of dollars missing. This is the first time the Pentagon is undergoing such a thing in their 74 year existence.

Zero Hedge says that Donald Rumsfeld, back in the day when he was the Defense Secretary in 2001, revealed  that according “to some estimates we cannot track $2.3 trillion in transactions,” undertaken by the Pentagon.

Fifteen years later, it seems as if nothing has changed, no improvement on the horizon. According to an Inspector General Report, now the Pentagon  aside from having money problems, they had an issue accounting for men as well.

In a different article Zero Hedge releases that “America’s world-wide military presence is such that the Pentagon itself can’t track how many US service members are deployed where. A new bombshell article in Stars and Stripes military newspaper is non-ironically headlined, ‘Report: 44,000 ‘unknown’ military personnel stationed around the world’.”

Donald Trump approved 2,400 auditors from independent public accounting firms to investigate the Army, Navy, Air Force and more. He is planning on making this practice a annual thing.

Norquist, a former official at the Department of Homeland Security helped in this quest for auditing these agencies last year and  considers it “a matter of driving change inside a bureaucracy that may resist it.”

That’s exactly what Pentagon did. Resist. Massive spending has been revealed since the 1980’s but the Department of Defense has always found ways to put audits off for political influence and advantageous opportunities.

Zero Hedge reports, the public quickly forgot the 2001 Rumsfeld revelation, after the terrible September 11th befall the nation the next day.

In “2015, the Pentagon denied trying to shelve a study detailing $125 billion in waste created by a bloated employee counts for noncombat related work such as human resources, finance, health care management and property management.”

After a year had passed, Franklin C. Spinney, a DOD analyst testified in front of Congress that the Department of Defense made a complete chaos in accounting with  un-auditable books and budget projections that did not meet with reality.

In case it turns out that Pentagon has intentionally or non-intentionally lost track of trillions of dollars in a time when “our fighter jets are falling out of the sky”, there is no salary for our brave soldiers than the whole structure of the organization must be  built all over again, straight from the ground.