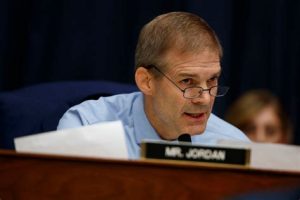 Last week, we brought you the scandal involving Democrat congressman Eric Swalwell. It turns out the man was getting a little too chummy with… a Chinese spy!

The FBI had to intervene, which suggests this man was doing more than fundraising with this woman.

What should alarm you is that this man is on the House Intelligence Committee. What should upset you is that nobody in his party is willing to confront him.

But Jim Jordan is on a mission to make sure reckless Democrats get what they deserve. From Fox News:

On Sunday, Jordan told Baritromo the other “key question” he has is, “Why is it that it’s always the Democrats who get defensive briefings?”

It should worry Americans that a member of Congress—one on the Intelligence Committee—was so easily compromised by a Chinese spy.

Why was Eric Swalwell so foolish? And for that matter, why did Pelosi allow Swalwell to be on that committee? Jordan revealed Pelosi had more information on this situation than most members of Congress.

So, did she know about Swalwell’s “buddy” when she let him on the committee?

He also discussed how Democrats often get defensive briefings, but Republicans oftne get nada.

That is troubling, considering Swalwell (and other politicians) got close to a spy. What information did he unknowingly leak to this woman?

And was she able to influence him as a member of Congress?

These are legitimate questions that Pelosi and other House Democrats refuse to ask. They seem willing to sweep all this under the carpet, even though it affects all of us.

At least Jordan is one congressman unwilling to let this slide.