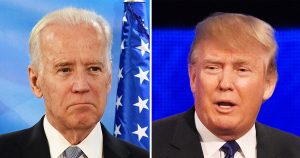 With just a few days left in his administration, many are wondering what Trump is about to do. Many wonder what such an impactful president might do as his “parting actions.”

Like previous presidents, he will at least pardon and commute the sentences of various people. In keeping with Donald’s style, he has up to 100 people he will pardon.

That includes rapper Lil Wayne, who previously stood up for and endorsed Trump.

But notably missing from the list are people critics were certain to be there.

President Donald Trump is set to issue a slew of pardons in the final hours of his term. But none of them, reportedly, will go to his family. And he will not pardon himself either…

The question of whether Trump can pardon himself has been debated by Constitutional scholars in recent months. Most believe that a president does not have that ability, although some think that the president’s pardon powers are absolute.

In recent weeks, plenty have accused Trump of various wrongdoing. They’d be hard-pressed to support their accusations with evidence.

Congress, under the control of Democrats, has impeached him twice. The most recent impeachment’s fate in the Senate is in question. Some might have speculated that Trump would “pardon” himself over the charges thrown at him by the left.

It might be possible for a president to pardon himself, thus nullifying his rival’s attempts at going after him.

But other legal scholars suggest a president can’t pardon himself. And attempts to do so would only draw scrutiny and criticism.

The question of him pardoning his family seems to suggest they are guilty of more than just slander from the left. Democrats have repeatedly attacked Trump and his family over the years. But perhaps Democrats want to include them in their accusations that they “inciting” things in recent days.

Regardless of those speculations, it does not appear that Trump will use his authority to help himself and his family. This, once again, flies in the face of what his critics accused him of.

From day one, it always appeared that Trump was working to help Americans, despite what the left said. Whenever they claimed he’d do something in his own interests, he never did it.

Now, with his administration on the verge of ending, he continues to keep that word.

Do you think Trump, though, should pardon himself over the accusations of the left?