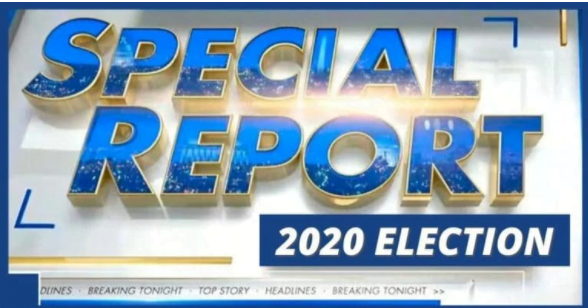 Mainstream media outlets have called at least one of the Georgia runoff elections. But it might be some time before the final results are determined—as recounts might be underway.

But it seems Democrats are once again doing victory laps, claiming they are winning the red Peach State.

As they dance in the streets, they seem to be missing some of their heavy losses elsewhere. That includes one Democrat leader who left the party in 2020 and is joining the other side.

A Georgia representative, Vernon Jones, has announced he is joining the Republican Party. He has vowed to fight in order to help the GOP lead.

He accused other leaders of not knowing “how to fight.” It’s hard to argue with that, after seeing certain Republicans clam up, when they needed to stand up.

The 2020 Election has revealed which Republicans are true to their word and which are just RINOs.

Several key leaders, including some senators, have ignored Trump’s calls over election integrity. They were all too quick to accept election results that appeared tainted at best.

Vernon Jones does not seem happy about that arrangement. He is calling on the party to fight for what they believe in, to fight for democracy.

Jones isn’t the first Democrat in recent years to defect to the Republican Party. There are been several notable Democrats who ditched the left to join the GOP.

When was the last time we saw that go in the other direction?

As Democrats become more and more like left-wing socialists, many moderates are waking up to a harsh reality.

They can continue to watch the Democratic Party slid into Marxism, powerless to stop it. Or they can jump ship and join a party that continues to embrace the American Dream.

Numerous moderate House Democrats lost their seats, thanks to the radical left this year. They didn’t learn this lesson soon enough.

Jones is smart enough to make the right move.