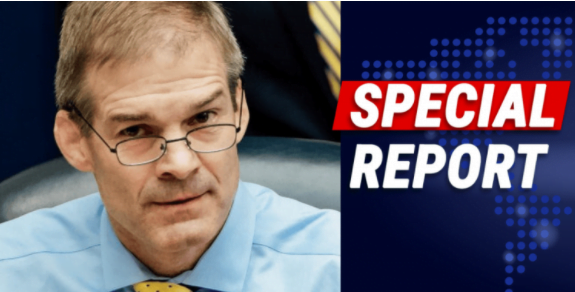 Jordan didn’t wait long – he’s finding out what they did in Mexico!

Congress just got back in session after a nice, long August vacation. I hope they enjoyed their summer vacation—because they’re not going to be happy coming back to work.

Apparently, some Democrats took a few trips into Mexico. It wasn’t for a cruise. Republicans are pretty concerned about what these liberals were up to.

You probably know border crossings have plummeted since Mexico decided to work with us. So, Democrats rushed to the border to “see what was going on.”

Republicans on the House Oversight Committee are calling on their Democratic colleagues to provide more details about a series of trips taken to Mexico while staff were touring border detention facilities, amid reports that at least one Democrat has been involved in “coaching” migrants there on how to exploit U.S. immigration law…

“You have not explained why you authorized this travel into Mexico or what you sought to learn through these trips,” Jordan wrote, adding that Republicans were not notified of the trips.

Wow. Jim Jordan is demanding Democrats who went to Mexico explain just what they were doing.

Because, as the representatives “viewed” the border, it seems like some of their staff were heading into ol’ Mexico.

And what do you think they were up to? Jordan believes they may have been coaching jumpers on how to better slip into our country.

Imagine that. We are finally seeing progress, Trump is building the wall in key places and Mexico is actually helping us.

So what do Democrats do? On their “vacation,” hey might be teaching them how to get to America more easily.

Are these Democrats elected by Americans or Mexicans?

I’m just confused. Because American leaders should be concerned with helping American citizens.

They don’t travel to another country and coach people how to cheat the system.

They claim they don’t, but do Democrats need more folks flooding our country to help them win elections?

You’d think, at a time when Trump was doing so much, Democrats would be learning from him. They would be trying to reach American voters and helping them succeed.

Nope! They are going to great lengths to ignore us and help outsiders. Should people like that be in charge?

SHARE if you think Democrats were coaching border jumpers!