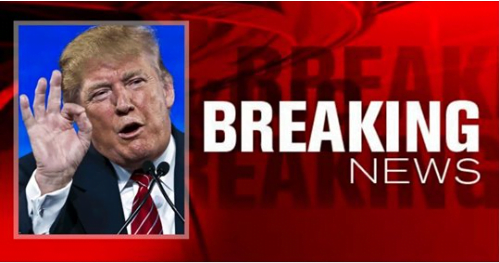 The Trump administration has begun the transition process, but that doesn’t mean the President has conceded. In fact, he has made it abundantly clear that he’s not giving up yet.

His campaign has pending lawsuits and investigations in multiple states, even though many of those states have already certified. This includes three critical battleground states.

Now, Trump is hoping he’ll gain renewed life in each of those states.

Despite judges throwing out allegations of voter irregularities and other issues with the election process in various swing states, Trump’s team has pushed especially hard in Pennsylvania, Michigan and Arizona.

They may not get more court hearings at this time, but they might have a chance at public hearings.

The only question is whether or not these hearings will actually happen — though the President’s following certainly hopes they do.

The Trump campaign on Monday claimed that state legislatures in Pennsylvania, Arizona and Michigan would hold public hearings on the 2020 presidential election, however, officials in those key states have disputed any such hearings taking place.

The President’s campaign says the first “hearing” will be held by the Pennsylvania state Senate today, and it has been ongoing.

On the agenda for this meeting is testimony from witnesses “who have filed affidavits attesting to 2020 election fraud,” as well as a presentation from Trump’s personal lawyer, Rudy Giuliani.

However, the Pennsylvania Senate Majority isn’t prepared to call this a “hearing.”

Instead, they say it’s an “informational meeting on 2020 election issues,” which is a very different thing. This would imply that Trump’s witnesses might not get a chance to participate.

And the Trump campaign is saying they’ll get a public hearing in Arizona as well (Nov. 30), and one in the Michigan legislature on Dec. 1.

At this time, an Arizona GOP representative says no such hearing has been authorized, and another GOP lawmaker in Michigan told The Detroit News that a hearing isn’t going to happen.

All states in question already been declared for Democrat Joe Biden.

But whether or not these hearings take place, it’s clear that Trump’s campaign isn’t about to lie down. In fact, Giuliani says they’ll pushing for the hearings:

It’s in everyone’s interest to have a full vetting of election irregularities and fraud.

And the only way to do this is with public hearings, complete with witnesses, videos, pictures and other evidence of illegalities from the November 3rd election.

Trump’s senior legal adviser, Jenna Ellis, added there were “serious irregularities” and they still want all states to “count every legal vote and discount every illegal vote.”

If the hearing in PA takes place today, it will undoubtedly cause quite a stir. As will the other hearings, if they occur.

In the end, though, it appears the President faces a steep uphill battle in the coming weeks.