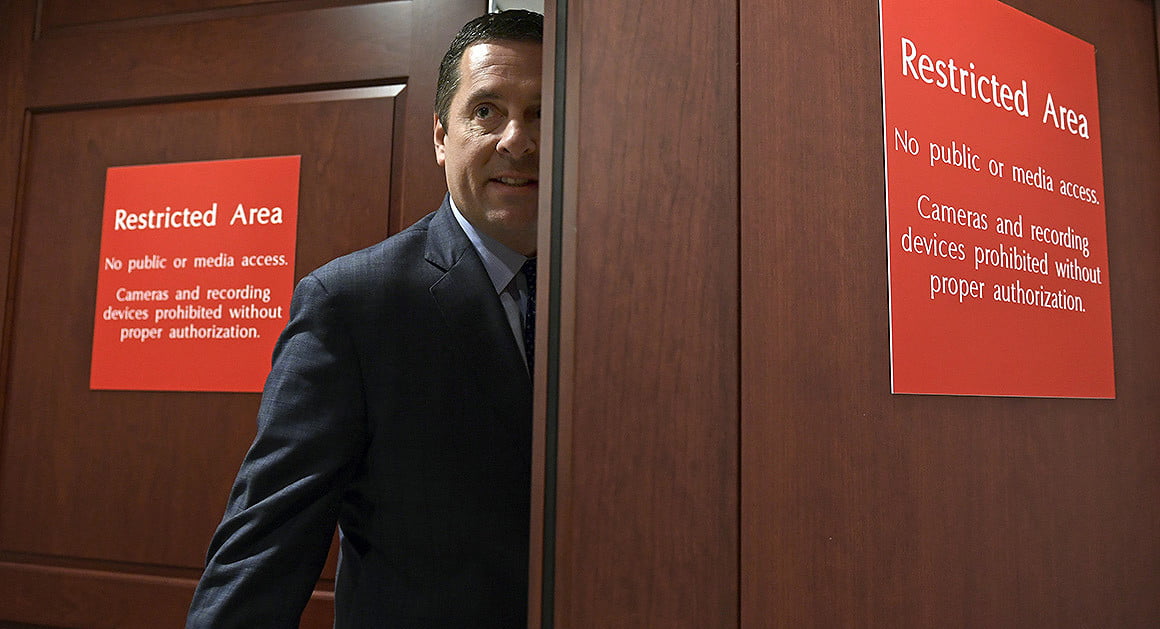 The House Intelligence Committee begins debate today on whether to make public a memo that questions the integrity of the Trump-Russia investigation. 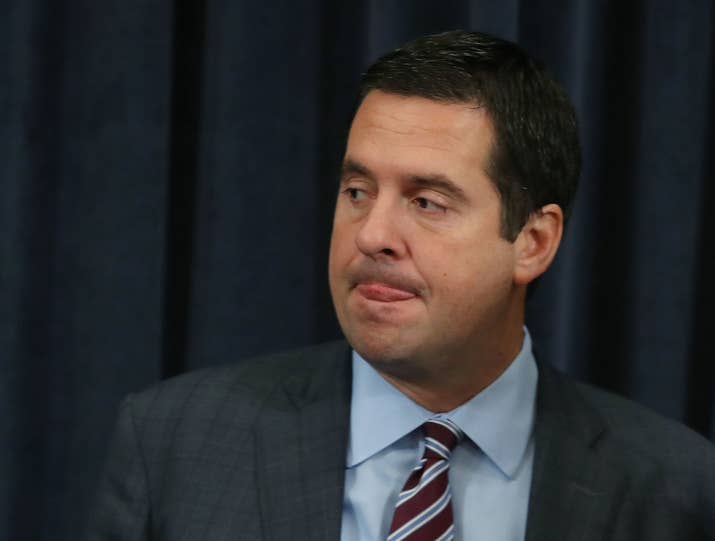 Four pages and the subject of countless tweets, the memo is the nexus of a bubbling controversy over whether the Justice Department acted improperly in probing Russia’s meddling in the 2016 presidential election.

Congressional Republicans say their memo will prove once and for all that the DOJ and FBI used tainted information in a politically biased investigation. Democrats say the memo is selective, misleading, and potentially harmful to national security.

As the House Intelligence Committee prepares to debate whether to ask President Trump to declassify the document, here’s what you should know about it.

What is the memo?

The memo is a four-page report written by Republican staff members of the House Intelligence Committee that questions how the Department of Justice received approval from the secretive Foreign Intelligence Surveillance Court to monitor an adviser to Trump’s presidential campaign. The memo has not been disclosed, but it is reportedly critical of the Department of Justice and the FBI for relying on what’s known as “the dossier” to persuade the court in 2016 to issue a warrant to monitor the adviser, Carter Page.

The dossier, first published by BuzzFeed News, alleges links between Russian officials and Trump associates including Page. Written by a former British intelligence officer, the dossier was commissioned by a Washington, DC, research firm that Hillary Clinton’s campaign and the Democratic National Committee hired to investigate Trump. 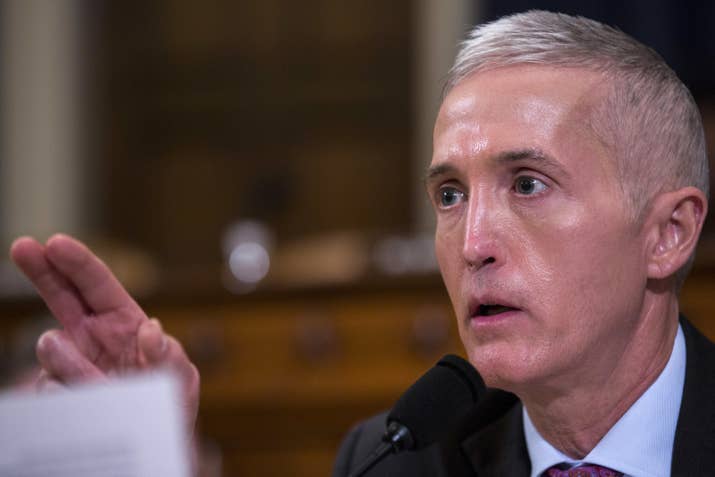 Rep. Trey Gowdy, a Republican on the intelligence committee, tacitly confirmed the memo’s contents in an appearance Sunday on Fox News. “If you think your viewers want to know whether or not the dossier was used in court proceedings, whether or not it was vetted before it was used, whether or not it’s ever been vetted … then, yes, you’ll want the memo to come out,” Gowdy told Fox News Sunday host Chris Wallace.

Other House Republicans have called the memo “absolutely shocking,” “jaw-dropping,” and “outrageous” in urging its release.

Rep. Adam Schiff, the senior Democrat on the intelligence committee, has called the Republican report a “highly misleading ‘memo’ attacking the conduct of the Russia investigation by the FBI and the DOJ” and urged that it not be released. “This represents another effort to distract from the Russia probe and the Special Counsel,” Schiff said, referring to Robert Mueller’s investigation into Russian meddling in the 2016 presidential election and possible coordination with Trump associates.

Will the memo be released?

Because the memo is classified, a final decision on its release would fall to Trump, who would have five days to make a decision. Top White House aides have strongly indicated Trump would approve releasing the memo. White House legislative affairs director Marc Short told Fox News on Sunday, “I think he believes that that [memo] should be put out.”

Democrats plan to release their own memo, which “points out the factual inaccuracies” of the Republican memo, according to Rep. Jim Himes, a Democrat on the intelligence committee. “We’ll try to lay out the facts … [that] this is the latest in a steady stream of unfounded allegations designed to undermine the FBI,” Himes told National Public Radio on Sunday.

What does the Justice Department think of the memo?

The department’s Jan. 24 letter to Nunes says the memo contains “highly classified material” that it gave the intelligence committee “confidentially.” Addressing Nunes, the letter adds, “You well understand the damaging impact that the release of classified material could have on our national security.”

The memo “alleges abuses” by the DOJ and FBI in its request to a special court for a FISA warrant, which allows law enforcement agencies to monitor suspected spies, the DOJ letter says. Applications for FISA warrants are highly secretive because they contain extensive intelligence information.

The letter was written by Stephen E. Boyd, the assistant attorney general for legislative affairs, who was appointed in 2017 by Trump. Prior to his appointment, Boyd was a spokesman for Attorney General Jeff Sessions when Sessions was a Republican senator from Alabama.

Who is Carter Page and is he important?

Page was an unpaid foreign policy adviser to the Trump campaign from March 2016 through September 2016 whose contacts with Russians during that period raised national security concerns.

Page acknowledged to the House Intelligence Committee that in July 2016 he traveled to Moscow, where he gave a speech that was critical of US policy toward Russia and met privately with Russian officials, including the country’s deputy prime minister. Page insisted he went to Moscow as a private citizen, but acknowledged that before leaving, he mentioned the trip to Sessions, then a top campaign adviser to Trump. 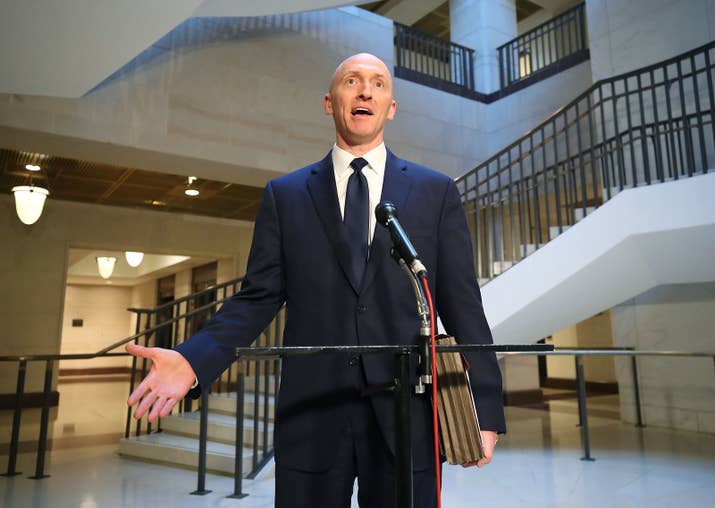 Page, an energy consultant, lived in Moscow from 2004 to 2007 while working for Merrill Lynch. In 2013, while living in New York, Page became friends with a supposed Russian diplomat, who turned out to be a Russian spy seeking intelligence on US energy policy. The FBI warned Page to avoid the Russian man.

In the summer of 2016, the FBI obtained a secret court order to monitor Page’s communications. The FBI’s application to the Foreign Intelligence Surveillance Court for a FISA warrant said investigators believed Page was an agent of the Russian government and cited his contacts in 2013 with a Russian spy, according to the Washington Post.

Is Andrew McCabe’s departure from the FBI related to the memo?

Andrew McCabe, the FBI’s deputy director, disclosed today that he was leaving the agency effectively immediately. McCabe had previously said he would retire in March, but decided to depart the FBI Monday and go on leave until his retirement.

There is no evidence that McCabe’s decision is tied to the Republican memo and the timing of his sudden announcement to go may be coincidental. 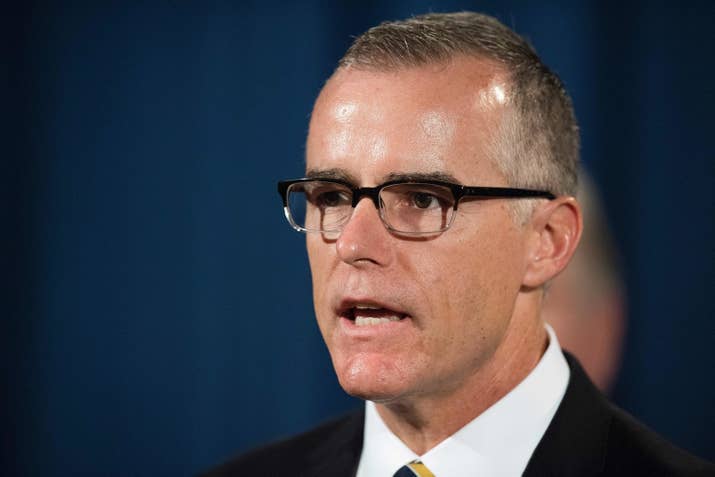 McCabe has come under fire from Trump and Republicans in Congress over the FBI’s investigation into Russian meddling in the 2016 presidential election. Trump reportedly asked McCabe last year in an Oval Office meeting how McCabe voted in the 2016 presidential contest. McCabe told Trump he had not voted, the Washington Post reported. McCabe was acting FBI director at the time, filling in for James Comey, whom Trump had fired in May 2017.

Trump has been critical of McCabe because his wife, Jill McCabe, received nearly $500,000 in campaign contributions in 2015 from a political action committee tied to Virginia Gov. Terry McAuliffe, a Democrat with long ties to Bill and Hillary Clinton. Jill McCabe ran unsuccessfully for the Virginia state senate.

McCabe also had contradicted the White House version of Comey’s firing in congressional testimony two days after Comey was dismissed.

Sanders, the White House press secretary, said today that Trump was not involved in McCabe’s decision.