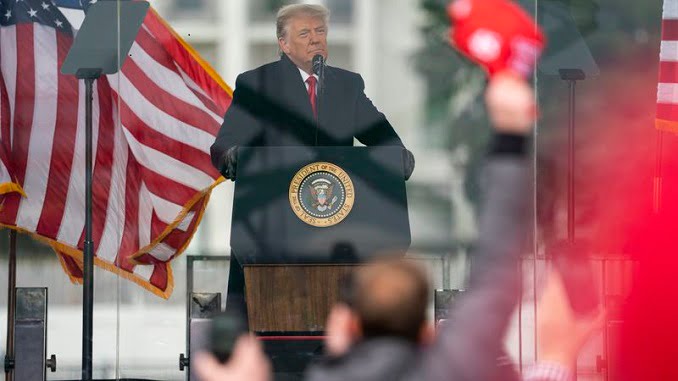 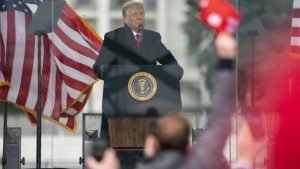 President Donald Trump issued a new tweet on Friday morning, saying that the 75 million people who voted for him will have a “giant voice” in the future.

“The 75,000,000 great American Patriots who voted for me, AMERICA FIRST, and MAKE AMERICA GREAT AGAIN, will have a GIANT VOICE long into the future,” he wrote. “They will not be disrespected or treated unfairly in any way, shape or form!!!”

Earlier in the week, throngs of demonstrators amassed near the U.S. Capitol building before some entered the building. In the midst of the chaos, one U.S. Capitol Police officer and four others died, including a woman who was shot by an officer after the group entered the Capitol.

That occurred during the Joint Session of Congress as members voted to ultimately certify President-elect Joe Biden’s victory. Trump, for months, has said the Nov. 3 election was fraught with irregularities, fraud, and unconstitutional laws around balloting.

But in a video on Thursday night, the president said he is now focusing on a “smooth, orderly, and seamless transition of power” to a new administration and called for reconciliation.

“This moment calls for healing and reconciliation,” Trump said, adding that the year “2020 has been a challenging time for our people, a menacing pandemic has upended the lives of our citizens, isolated millions in their homes, damaged our economy, and claimed countless lives.”

Trump noted that defeating the CCP (Chinese Communist Party) virus and rising to the occasion in the face of other challenges “will require all of us working together.”

“It will require a renewed emphasis on the civic values of patriotism, faith, charity, community, and family,” he said. “We must revitalize the sacred bonds of love and loyalty that bind us together as one national family.”

The 75,000,000 great American Patriots who voted for me, AMERICA FIRST, and MAKE AMERICA GREAT AGAIN, will have a GIANT VOICE long into the future. They will not be disrespected or treated unfairly in any way, shape or form!!!

The acts of violence that occurred in the Capitol—which triggered a lockdown in both the House and Senate and delayed the electoral certification—were also condemned by Trump.

Legacy news outlets, lawmakers, former officials, and other critics have put the blame on Trump for Wednesday’s incident. The president had addressed a crowd in Washington where he reiterated his allegations about election irregularities and fraud. However, in the speech, Trump did not call on the demonstrators to attack the Capitol building and he later told them to “go home in peace,” although some lawmakers said it was too little, too late.

Some Trump supporters who demonstrated, in an interview with The Epoch Times, said Trump wasn’t telling anyone to riot.

“No, absolutely not. There’s a line between inciting to riot and standing on convictions,” Marine veteran Tony Good told The Epoch Times. “He wasn’t telling anybody to riot, he was just telling them it’s our right to protest. That’s a right we have in America.”

Elizabeth Rowell, of Florida, said Trump didn’t incite anyone into violence. “I never once felt unsafe. I met a lot of great patriots on the way. The entire time we were there, we chanted ‘U-S-A’ and sang the national anthem,” she said.