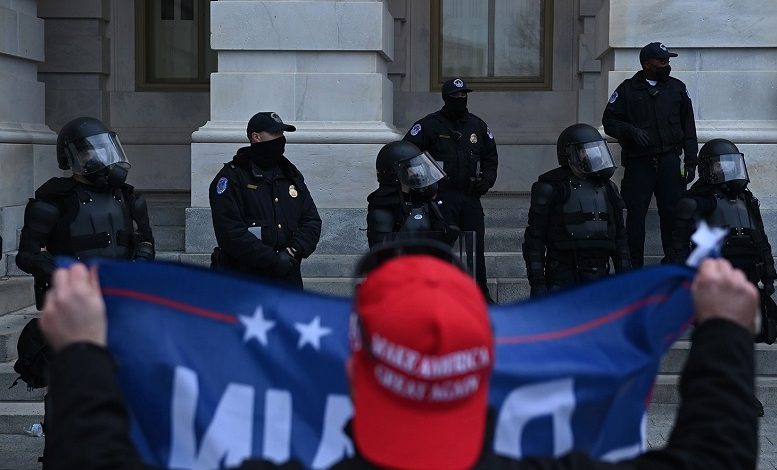 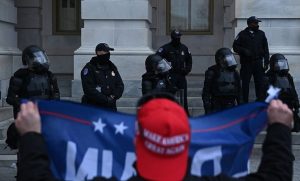 U.S. Capitol Police (USCP) rejected offers of federal manpower days before Jan. 6—and they again turned down an offer of federal reinforcements as protestors breached the Capitol building during the formal counting of electoral votes.

Three days before Jan. 6, the Pentagon asked Capitol Police if they needed National Guard manpower, but their offer was turned down by Capitol Police, unnamed senior defense officials told the Associated Press.

And as the building was being stormed, Justice Department leaders reached out to Capitol police and offered to provide them with FBI agents. But Capitol Police again turned them down, according to the sources.

The Epoch Times reached out to USCP, the Department of Defense, and the Justice Department for comment, none immediately responded.

The rejections for additional federal support came despite plenty of warnings, ample resources, and time to prepare. USCP had only planned for a free speech demonstration.

Four protesters died, including one shot inside the building. Ashli Babbitt was an Air Force veteran who was shot and killed by Capitol Police as protestors swarmed into the building.

Army Secretary Ryan McCarthy said it became clear that the Capitol Police were overrun. He said there was no contingency planning done in advance for what forces should do in case of a problem at the Capitol because Defense Department help was turned down. “They’ve got to ask us, the request has to come to us,” said McCarthy.

It is not clear how many officers were on-duty Wednesday, but the complex is policed by a total of 2,300 officers over 16 acres of ground, who protect the 435 House representatives, 100 U.S. senators, and their staff.

The breach of the capitol halted a joint session, interrupting concurrent debates in the House and Senate over an objection to the counting of a slate of presidential electors from Arizona for President-elect Joe Biden.

Washington Mayor Muriel Bowser declared a citywide curfew from 6 p.m. to 6 a.m after the reports of the breach.

Trump issued several calls for peace as the events unfolded.

“Please support our Capitol Police and Law Enforcement. They are truly on the side of our Country. Stay peaceful!” the president wrote on Twitter.

Earlier in the day, tens of thousands of people gathered at a rally near the White House on Jan. 6 to hear from the president at a pivotal moment and to voice their concerns about what they see as a fraudulent election.

Supporters of President Donald Trump lined the entire area surrounding The Ellipse, a 52-acre park located just south of the White House fence, with many traveling by car or plane from around the country.

Trump has not conceded the race but has said there will be a peaceful transition of power. Congress certified Biden as the winner early on Thursday morning.

Biden said in a Jan. 7 statement that the breach was not dissent, “it was disorder.”

Trump, in a Twitter post on Friday, said he would not be attending the inauguration later this month.

“To all of those who have asked, I will not be going to the Inauguration on January 20th,” he said.