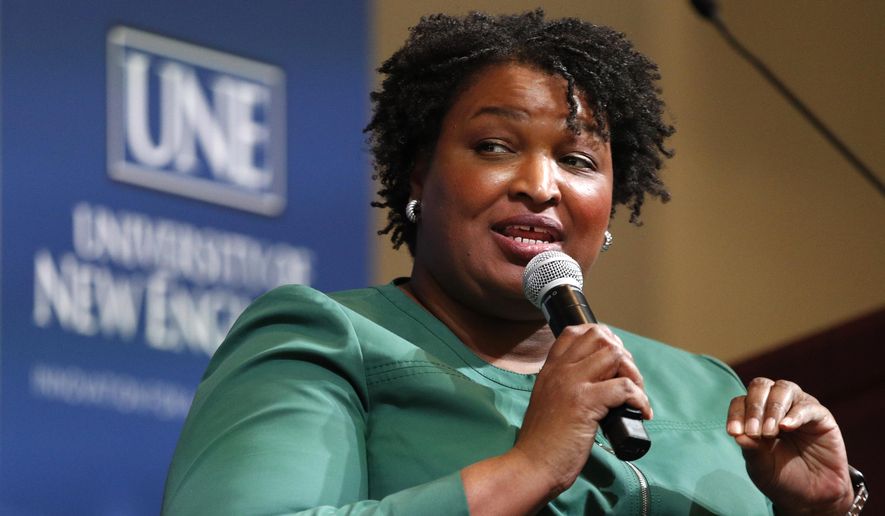 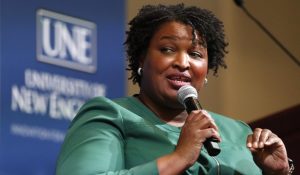 A Georgia judge who is the sister of Democratic politician Stacey Abrams refused to recuse herself from a crucial election case, instead ruling against the purge of 4,000 voters from state rolls before Senate runoffs.

The complaints in Muscogee and Ben Hill counties, however, failed to prove that the voters had actually given up Georgia residences, according to reports by Politico.

Gardner’s ruling said that booting thousands of voters from the rosters appeared to violate a federal law that requires a voter be given an opportunity to provide written confirmation of a change of address prior to being removed from the list. In addition, the necessary protocols for purging the roster were not followed within 90 days of a federal election.

“Where the issue concerns a voter’s change of address, as in this case, the NVRA [National Voter Registration Act of 1993] prohibits the removal of that voter unless the voter confirms in writing that he or she has moved outside of the county or does not respond to a notice and has not voted in two federal election cycles,” the ruling said.

Still, the Muscogee County board filed a motion prior to Gardner’s ruling asking her to recuse herself from the case because of her sibling, a strong ally of President-elect Joe Biden and an advocate who has “engaged in various highly publicized efforts to increase voter registration and turnout for the 2020 general election in Georgia,” according to the motion.

Abrams is the founder of The New Georgia Project and is also affiliated with the voting group Fair Fight, both of which have been in the midst of litigation over voter rights challenges.

Earlier in December, Georgia Secretary of State Brad Raffensperger launched investigations into several groups, including The New Georgia Project, for seeking to “aggressively” register “ineligible, out-of-state, or deceased voters” before the state’s Jan. 5 Senate runoff elections, after a resident complained of getting several postcards from the group to register voters who were dead.

In a separate matter, Fair Fight filed a suit in Georgia court alleging that an advocacy group against voter fraud, True the Vote, has wrongfully challenged the validity of some Georgia voters ahead of the runoffs, which will decide the balance of power in the Senate.

Gardner, who was appointed by former President Barack Obama, reviewed the request for recusal and said she found no reason for doing so.

The makeup of the next Senate stands at 50 Republicans and 48 Democrats. That means Democrats must win both of Georgia’s runoff elections to make it a 50-50 Senate, which would give Vice President-elect Kamala Harris the tie-breaking vote and afford her party razor-thin control in the chamber.