Ex-Attorney General Barr Slams Trump for ‘Betrayal of His Office’ 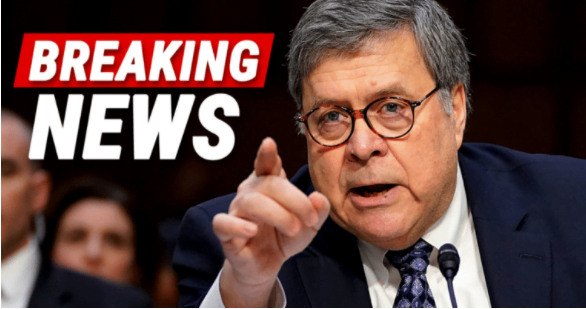 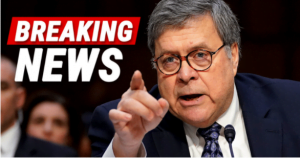 Former Attorney General William Barr on Thursday scolded President Donald Trump for Trump’s actions Wednesday as the president spoke to supporters before protests and rioting erupted at the U.S. Capitol.

“Orchestrating a mob to pressure Congress is inexcusable,” Barr said in a statement, according to the Washington Examiner. “The President’s conduct yesterday was a betrayal of his office and supporters.”

On Wednesday, Barr, who resigned as attorney general last month, released a statement condemning the incursion.

“The violence at the Capitol Building is outrageous and despicable. Federal agencies should move immediately to disperse it,” Barr said Wednesday.

Former Attorney General William Barr says President Trump’s conduct as his supporters stormed the U.S. Capitol was a “betrayal of his office and supporters.” Barr resigned last month amid tension over the president’s baseless claims of election fraud. https://t.co/7A4fd1YpF8

Wednesday’s events began with protests against the presidential election, based on Trump’s contention that voter fraud took place in multiple states. Despite multiple court cases, no courts have ruled in support of the Trump campaign’s allegations.

The protests took place at the same time Congress was meeting to certify the Electoral College vote that officially decided the presidential election in favor of President-elect Joe Biden. Protesters moved down Pennsylvania Avenue to the Capitol, where many scaled fences and pushed past police to enter the building.

Once in the building, the incursion took varying forms, with some rioters violently trying to enter the House and Senate chambers while others wandered the halls taking selfies.

As The Washington Post reported, although Trump encouraged protesters to head toward the Capitol, many had already left the area of Trump’s speech before he was done talking.

The Post also quoted what it called a “senior White House aide” as saying the concept had been to have crowds outside the Capitol marching and protesting.

“There was no plan for them to go inside,” the aide said. “If you’d had told me this morning that the Capitol was going to be attacked like that, I would have laughed at you.”

However, many blamed Trump for inciting the violence that followed with the words he chose in a speech that preceded the raid on the Capitol.

Trump told the crowd that “Hundreds of thousands of American patriots are committed to the honesty of our elections and the integrity of our glorious Republic. All of us here today do not want to see our election victory stolen by emboldened radical left Democrats, which is what they’re doing and stolen by the fake news media. That’s what they’ve done and what they’re doing. We will never give up. We will never concede.”

“Our country has had enough. We will not take it anymore and that’s what this is all about,” Trump said in his speech Wednesday.

Some said those words inflamed supporters to commit violence.

“He incited violence. He abdicated his responsibility to lead, and he failed to quell violence at the Capitol. It’s straightforward,” Tom Bossert, Trump’s first homeland security adviser, told The Post.

“There is no parallel. This is a president who has incited a mob insurrection against Congress as it’s trying to finish its constitutional duties,” added Julian Zelizer, a presidential historian at Princeton University.