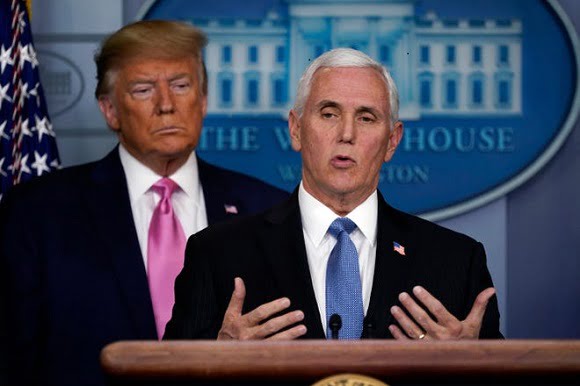 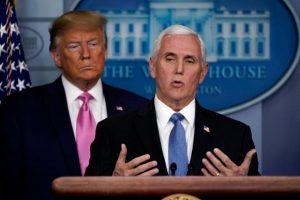 President Donald Trump has responded to Vice President Mike Pence’s remark about lacking the authority to reject disputed electoral votes, saying that he didn’t have the courage to do what was right.

“Mike Pence didn’t have the courage to do what should have been done to protect our Country and our Constitution, giving States a chance to certify a corrected set of facts, not the fraudulent or inaccurate ones which they were asked to previously certify,” Trump wrote on Twitter. “USA demands the truth!”

Mike Pence didn’t have the courage to do what should have been done to protect our Country and our Constitution, giving States a chance to certify a corrected set of facts, not the fraudulent or inaccurate ones which they were asked to previously certify. USA demands the truth!

In a statement issued shortly before a joint session of Congress to certify the Electoral College votes, Pence said that it was “my considered judgement that my oath to support and defend the Constitution constrains me from claiming unilateral authority to determine which electoral votes should be counted and which should not.”

“Given the controversy surrounding this year’s election, some approach this year’s quadrennial tradition with great expectation, others with dismissive disdain,” Pence wrote. “Some believe that as Vice President, I should be able to accept or reject electoral votes unilaterally. Others believe that electoral votes should never be challenged in a Joint Session of Congress.

“After a careful study of our Constitution, our laws, and our history, I believe neither view is correct.”

That being said, Pence did support efforts by Republican legislators to object to the certification of electoral votes. At least a dozen senators, headed by Sen. Ted Cruz (R-Texas) said they are not going to accept the electoral results unless there is an “emergency 10-day audit of the election returns in the disputed states,” including Pennsylvania, Michigan, Wisconsin, Arizona, Georgia, and Nevada.

Trump has been urging Pence in the days leading to the joint session that he should discard electoral votes from battleground states where the integrity of the election is being questioned. Speaking to a supportive crowd outside the White House, Trump on Wednesday once again called on his vice president to use the power to reject presidential election results from those states.

“If Mike Pence does the right thing, we win the election,” Trump said an hour before the count in Congress was to begin. “All Vice President Pence has to do is send it back to the states to recertify, and we become president and you are the happiest people.”