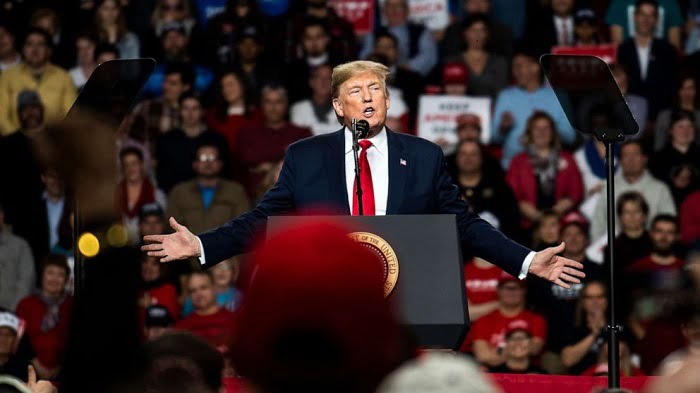 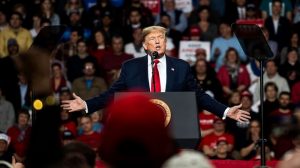 WASHINGTON—Tens of thousands of people gathered at an impassioned rally near the White House on Jan. 6 to hear from the president at a pivotal moment and to voice their concerns about what they see as a fraudulent election.

Supporters of President Donald Trump lined the entire area surrounding the The Ellipse, a 52-acre park located just south of the White House fence, with many traveling by car or plane from around the country. Jan. 6 marks the day when the electoral votes are formally counted.

“We are here because we want to pressure Congress. We are feeling hopeful about today,” Tomoka Jones, who traveled with her daughter from Texas, told The Epoch Times. “I want a fair election.”

“It was encouraging, I would say, and invigorating to be in a crowd full of people that support what you stand for,” said Jones’s daughter.

There were multiple security checkpoints at the park. Trump supporters started coming in from the early hours of the morning despite the cold weather.

Trump’s remarks came about an hour before the joint session of Congress was slated to convene, where lawmakers were scheduled to count the electoral votes. At around 2:30 p.m. the House and Senate went into recess due to a lockdown over protests outside Capitol Hill on Jan. 6 during the joint session of Congress as lawmakers hear arguments and challenges over states’ electoral votes.

Dozens of Republican House and Senate lawmakers have pledged to object to the certification of key states, which will likely drag out the process for many hours before a simple majority vote is conducted.

During his speech Trump said he would “never concede,” and accused Democrats and the “fake news media” of stealing the election.

“Its a historical speech in a historical time for Trump,” said Dave Adams, who came to Washington from Utah. “It’s great to see a president who will stand up and fight. We will not take what’s being thrown against our country.”

Adams said the crowds were huge and extended past the lawn of the Washington Monument. The feeling he had today was indescribable, he said.

“To be able to stand here in this epochal time and witness this … its just great to see the amount of patriotism,” he said.

Washington Metropolitan Police warned local residents ahead of time about the rallies from Jan. 5 through Jan. 7 in a Dec. 31 statement, announcing that many streets will potentially be closed and parking restricted.

Alejandra Montes traveled with her friends from Texas to attend the rally, she is a member of a Hispanic club. She said it was a good thing to see “all these patriots together.”

“I see people from different background Hispanics, Asians, Europeans, Caucasians—we are one,” she told The Epoch Times. “Trump’s speech was very encouraging, especially when he called on us to walk to the Capitol. I was surprised by that.”

Others were happy to attend, but felt less optimistic that the results of the election would change.

“Trump was pretty fired up about getting ripped off in this election,” Gerald Harris told The Epoch Times. “But it’s just too bad it’s not going to do any good.”

“I don’t care what political side you’re on, you should be looking at what’s been going on with this election,” Harris, who came from Wisconsin, added.