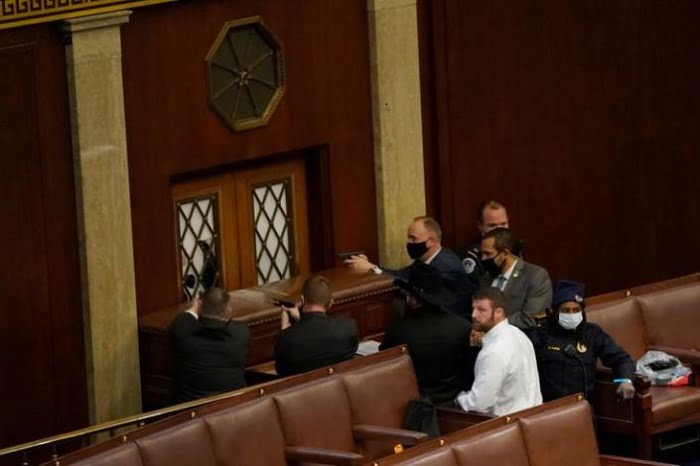 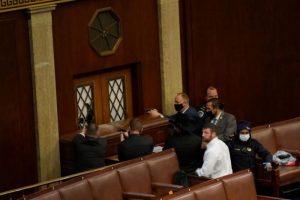 The pro-Trump protestor who was shot by police inside the Capitol Building has died. The unarmed woman was shot through a window on a closed door by an officer.

WARNING… THE FOLLOWING VIDEOS ARE EXTREMELY GRAPHIC AND HARD TO WATCH:

NBC reports that the woman who was shot inside the U.S. Capitol today has died pic.twitter.com/OoIk39WWzn

A witness described what happened after leaving the building.

This guy was next to the woman shot and killed in cold blood by Capitol Hill Police. Could’ve been anyone, completely unacceptable!!! pic.twitter.com/dk0AneW3B9