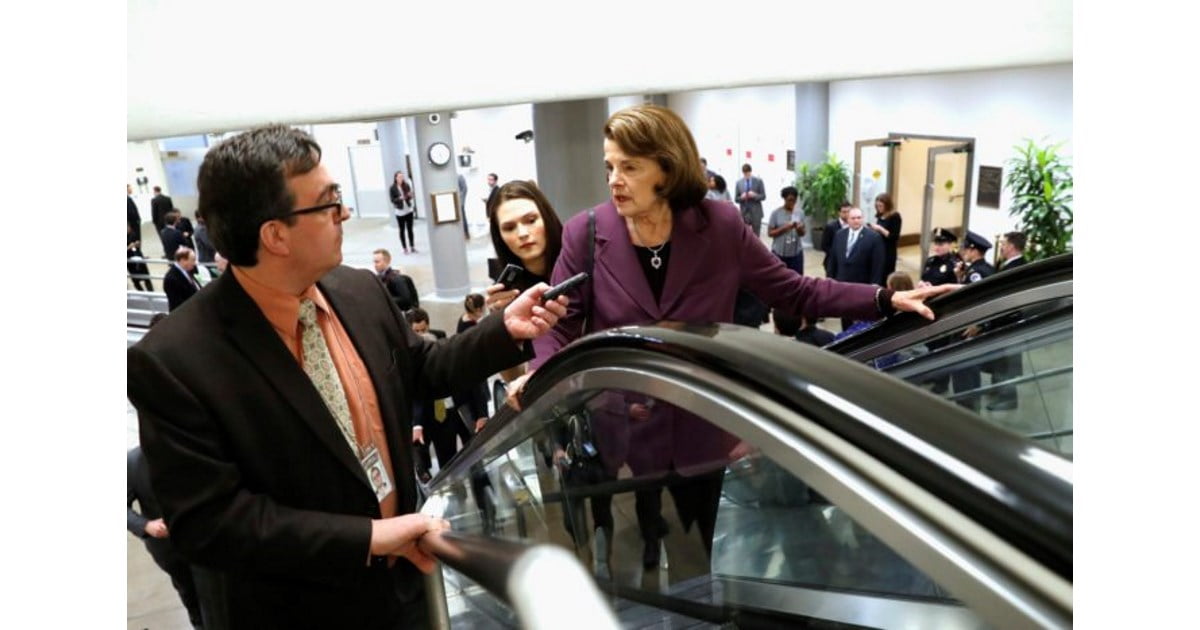 Dianne Feinstein And Adam Schiff urged social media companies on Tuesday to investigate reported actions by automated Russia-linked accounts, in connection with a Republican memorandum that was said to be critical of special counsel Robert Mueller’s probe of President Donald Trump’s ties with Russia.

Republicans have been calling for the release of a classified memorandum commissioned by the House Intelligence committee’s Republican chairman, Devin Nunes, which they say shows anti-Trump bias at the Justice Department, backed by a social media campaign with the hashtag #ReleasetheMemo.

Democrats have criticized the memo as a “misleading set of talking points.”

Last week, the Alliance for Securing Democracy, a project of the nonpartisan German Marshall Fund think tank, said a network of Kremlin-controlled accounts was put into action to amplify the Republicans’ demand on social media.

This prompted the letter from Feinstein and Schiff, whose committees – along with special counsel Mueller – are investigating whether Russia sought to influence the 2016 U.S. presidential election and allegations of collusion between Trump’s campaign and Moscow.

Moscow denies seeking to influence the election, and Trump denies any collusion.

“If these reports are accurate, we are witnessing an ongoing attack by the Russian government through Kremlin-linked social media actors directly acting to intervene and influence our democratic process,” Feinstein and Schiff said in the letter to Twitter Chief Executive Jack Dorsey and Facebook CEO Mark Zuckerberg.

“This should be disconcerting to all Americans, but especially your companies as, once again, it appears the vast majority of their efforts are concentrated on your platforms,” they said.

The two lawmakers asked for a public report to Congress and the public by Jan. 26, and for immediate steps to expose and deactivate such accounts.