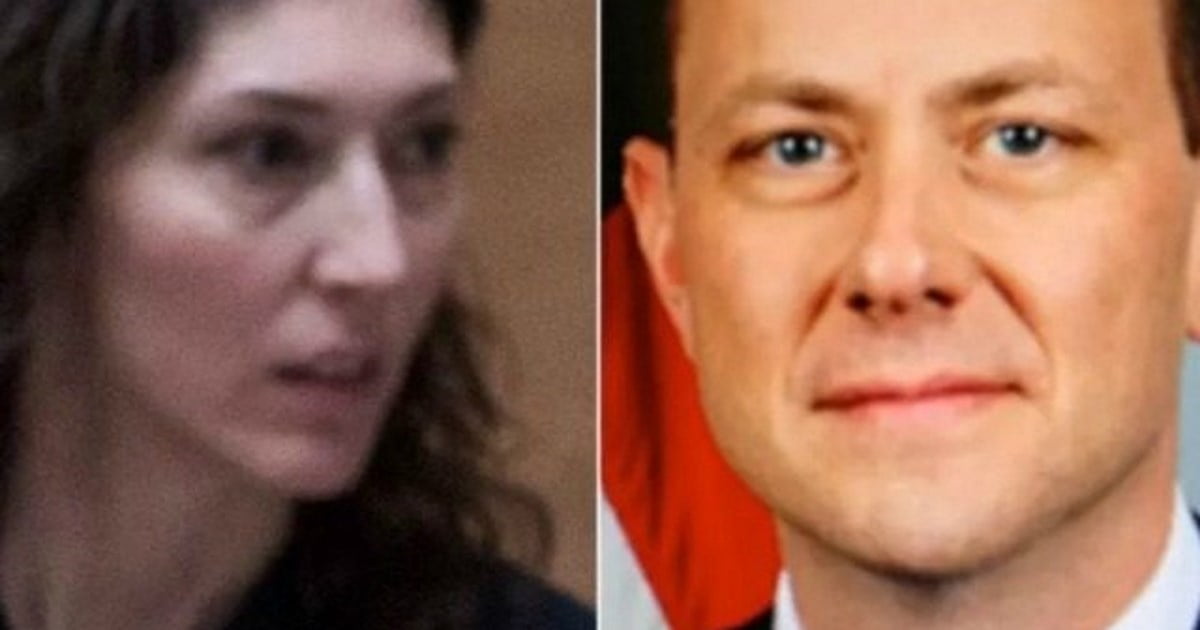 FBI Officials Peter Strzok and Lisa Page discussed in text messages a “secret society” set up within the Justice Department and the FBI after the 2016 election, according to two House Judiciary Committee members who have seen the latest release of text messages between them.

“We learned today about information that after — in the immediate aftermath of [Trump’s] election, that there may have been a secret society of folks within the Department of Justice and the FBI, to include Page and Strzok, that would be working against them,” Rep. John Ratcliffe (R-TX) said Monday on Fox News’s The Story.

“I’m not saying that actually happened, but when folks speak in those terms, they need to come forward to explain the context with which they used those terms,” he added.

“There’s a text exchange between these two FBI agents, these two supposedly objective facts-centric FBI agents, that perhaps this is the first meeting of the ‘secret society,’” Gowdy said.

Hundreds of text messages between Strzok and Page — who were engaged in an extramarital affair — showed that they detested then-candidate Donald Trump, supported Hillary Clinton, and that they feared his election and discussed an “insurance policy” in case he won.

Gowdy said he saw “more manifest bias” in the latest batch of texts against President Trump “all the way through the election into the transition.” He said he also saw “an interesting text” about FBI Director James Comey going to update then-President Obama about an investigation.

“I don’t know if it was the Hillary Clinton investigation, because remember that had been reopened in the fall of 2016, or whether it was the Trump investigation. I just find it interesting a head of the FBI was going to update the president of the United States, who at that point would have been President Obama,” said Gowdy.

House Judiciary Committee Chairman Bob Goodlatte (R-VA), House Permanent Select Committee on Intelligence Chairman Devin Nunes (R-CA), and Gowdy said in a statement that they met over the weekend to discuss the text messages and possible next steps in their oversight of the DOJ and FBI.

“The contents of these text messages between top FBI officials are extremely troubling in terms of when certain key decisions were made by the Department of Justice and the FBI, by whom these decisions were made, and the evident bias exhibited by those in charge of the investigation,” they said.

The Justice Department also notified lawmakers on Friday that texts between Strzok and Page between mid-December 2016 and May 17, 2017 could not be found, due to technical problems. May 17, 2017 is also the date that the special counsel was convened.

“For former prosecutors like Chairman Gowdy and myself that worked at the Department and FBI, it makes it harder for us to explain away one exchange coincidence after another,” Ratcliffe said.

Attorney General Jeff Sessions announced Monday that there is a review underway into the missing text messages and to determine whether they can be recovered in any other way.

He added that if any wrongdoing were to be found to have caused the gap, appropriate legal disciplinary action measures would be taken.

“We will leave no stone unturned to confirm with certainty why these text messages are not now available to be produced and will use every technology available to determine whether the missing messages are recoverable from another source,” he said.

Gowdy said he hoped the Justice Department inspector general will find the missing texts, and suggested law enforcement could get involved.

“Either the Bureau needs to find them, or we need to have someone who has really easy access to these text messages, and it may be law enforcement,” he said.