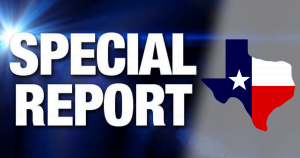 For four years, President Trump upheld our immigration laws and protected the border. Even as Congress refused to intervene, he managed to end a migrant crisis in 2018.

With Trump leaving, many are wondering about the fate of our immigration policies and the border.

And it seems like some people, in other countries, have already assumed they will receive a warm entrance. From IJR:

Hundreds of Central Americans camped overnight outside the bus terminal in the city of San Pedro Sula, Honduras, anxiously awaiting the departure early Friday morning of a migrant caravan hoping to reach the United States…

Authorities in Central America and Mexico have stepped up efforts to stop the caravan well before the U.S. border, using anti-coronavirus measures as the latest tool to curtail migration.

Biden’s aides have apparently expressed fears about a rush of migrants to the border in the early days of his administration.

They won’t be happy to learn that hundreds are already lining up in Honduras to enter the United States.

While Biden might boast about “fixing” Trump’s immigration policy, his staff understand that Americans won’t be too happy to see new caravans hitting our border.

In the age of COVID, why would anyone allow hundreds—perhaps thousands—of people to suddenly swam our country?

We can’t even go to a baseball game, for crying out loud. Why should our government let swarms of people crowd border detention centers and processing facilities?

The fact remains that migrants seem to believe the Biden will roll out the red carpet. Make no mistake, Democratic immigration activists are ready to send caravans to the border.

But if Biden were to immediately reverse Trump’s policies, it would be devastating for him and his party.

Mexico and other Central American nations still maintain an agreement to turn back migrants headed to the United States.

That policy will probably continue for the foreseeable future. But they might not be able to stop everyone.

So, will the Biden administration let in possibly sick migrants—no questions asked? Or will they be smart enough to hold the tide… for now?