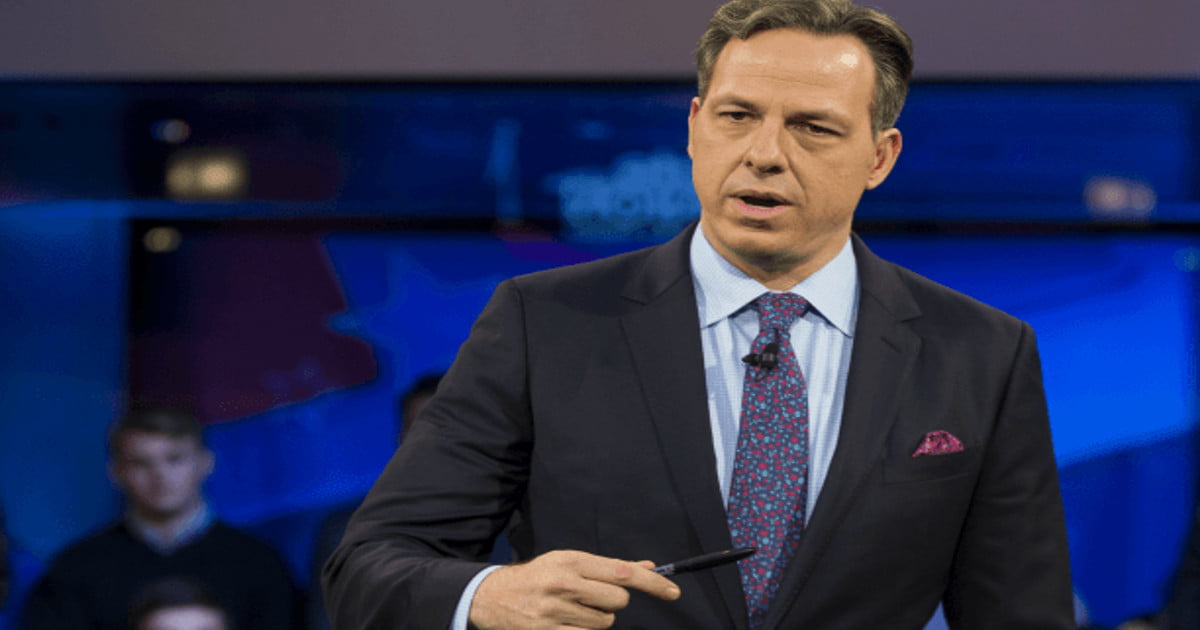 CNN’s anti-gun town hall event and its left-wing moderator, Jake Tapper, are facing widespread criticism over what many saw as a bullying “show trial.”

Tapper is being singled out for much of the criticism from those who say he remained silent as abusive personal attacks were hurled at Sen. Marco Rubio (R-FL) and NRA spokesperson Dana Loesch. Incredibly, Tapper also remained silent as his audience booed a rape victim.

At the Wednesday night spectacle, those in favor of protecting our Second Amendment civil rights were vastly outnumbered by an audience packed with hostile gun-haters and emotional questioners, including children.

According to various reports, the anti-gun participants were given scripted questionscrafted by CNN. The last-place network has denied this by attacking a school shooting victim as a liar. His accusation, however, is credible given CNN’s long and disturbing history of using plants.

Throughout the hour, the audience heckled, howled, and poured derision on Loesch and Rubio. Other than admonishing his audience for calling Loesch a “murderer,” Tapper stood by in silent approval as abuse and personal attacks rained down on his outnumbered guests.

The Media Research Center writes, “Jake Tapper sat back as the wild crowd targeted … Rubio with boos and jeers… The wildest moment allowed by Tapper was when Parkland, Florida student Cameron Kasky smeared the Senator by equating him to the shooter that killed 17 of his classmates. And Tapper thanked him for all of it.”

Specifically, this is what Kasky snarled at Rubio, “Senator Rubio, it’s hard to look at you and not look down the barrel on an AR-15 and not look at Nikolas Cruz[.]”

Actor Adam Baldwin was one of many who compared the event to a “show trial.”

Jake Tapper is in danger of losing control of this show trial.

Tapper faced even more intense criticism for allowing the 17-year-old Kasky to bring Loesch’s children into the debate by attacking her as a mother.

“I wish I could have asked the NRA lady [Loesch] a question,” Kasky said to Rubio. “I would ask her how she can look in the mirror, considering the fact that she has children

As the crowd burst into cheers, Tapper muttered something about “What was that, I’m sorry?” The crowd roared on.

“Absolutely despicable behavior by Parkland student Cameron Kasky … question[ing Loesch’s] motherhood and whether she cares about her children,” tweeted Curtis Houck, managing editor of Newsbusters. “Jake Tapper does nothing. How un-American. Simply unacceptable[.]”

Houck attached video of the moment to his tweet:

Video: Absolutely despicable behavior by Parkland student Cameron Kasky comparing @MarcoRubio to the guman and questioned @DLoesch's motherhood and whether she cares about her children. @JakeTapper does nothing. How un-American. Simply unacceptable #CNNTownhall #StudentsStandUp pic.twitter.com/Y68sPTOBOe

Others chimed in over the left-wing Tapper’s silent approval:

Disgusting. After Tapper stayed silent last night when Dana Loesch's kids were attacked and threatened now they attack a survivor and call him a liar.

God, such rudeness and disrespect shown to Dana Loesch. Booing, hostile yelling as she speaks…Jake Tapper not controlling the crowd on purpose. CNN Town Hall is an agenda driven joke. pic.twitter.com/0CbgQNDfJE

At the CNN Town Hall, Jake Tapper sat back while a disrespectful punk compared Marco Rubio to Nikolas Cruz and questioned if Dana Loesch cares about her children.

Yes, the joke of a “journalist” and liberal puke Jake Tapper did not say a damn word.

Tapper, who likes to present himself as  male feminist, also chose to remain silent when the audience booed a rape survivor who now supports the Second Amendment.

Journalist Mike Cernovich compared the night to a “Two Minute Hate,” an event in George Orwell’s “1984” where the elite deflect from their own sins by allowing people to pour out their loathing and hostility on an innocent person or symbol.

Tapper and CNN showed their agenda, no pretense of dialogue, it was 2 Minutes Hate

Rubio looked weak and will never be POTUS#StudentsStandUp

Another viewer summed the event up as “abusive.”

The country is democracy which means majority rule! It is NOT ruled by who yells the loudest or who protest the most or by intolerant obnoxious abusive crowds at a @CNN event. The “Town Hall” further demonstrated the lefts inability to have a civil debate or discussions!

CNN and Tapper, a former Democrat operative and Salon contributor, have faced growing criticism over the climate of hate (detailed here) the network frequently manufactures against Trump and his supporters, or anyone on the right — oftentimes through fake news.

For example, although debunked, Tapper continues to spread lies about Trump mocking a reporter’s disability. He also spread fake news with false claim that the president did not offer his condolences after a mosque shooting. While Tapper frequently attacks others over their tone and rhetoric, he does so while ginning up hatre against Trump by smearing the president as “un-American,” “unhinged,” and “unmoored.”

Tapper has yet to apologize for his behavior or to the rape victim, he also has not disavowed Kasky’s personal attacks or the behavior of the audience.