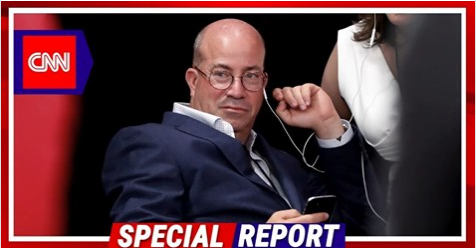 I’m sure folks who read American Journal Daily don’t believe network CNN is a fair and honest outlet. But, to the shock of many of us, the cable channel maintains they are unbiased and apolitical. Hilarious, I know.

And most of the people who watch CNN also think the left-wing outlet is only honest and straightforward.

The station says it is uncovering the news. But their stance may have gotten blown to pieces thanks to some undercover work.

Jeff Zucker, CEO of CNN, got recorded by James O’Keefe from Project Veritas. From Fox News:

In several released batches of edited clips, Zucker is heard sounding off against Trump. During a conference call Oct. 9, he urged his staff to not “normalize” the president’s “erratic” behavior as he was recovering from the coronavirus…

Project Veritas released audio of what sounds to be Jeff Zucker, instructing his network to follow his personal bias against Donald Trump.

The CEO told staff not to “normalize” what Jeff called “erratic” behavior by the president, a clear sign that CNN was presenting their own views on the news, not just reporting them.

In another leaked call, Zucker appears to tell his network to not cover bombshell stories like Hunter Biden’s laptop scandal.

Many Americans believe that media networks like CNN have a very obvious liberal bias. Yet CNN has always said they are objective in their coverage.

That’s hard to swallow when their own CEO has been exposed like this. How can we trust anything CNN says, when their leader is telling them what to say and what not to say?

Right now, the media is working overtime to try to convince us that Joe Biden won the election. They ignore emerging evidence that suggests major problems affected our election.

Why should we believe them, when just in October, CNN’s CEO was saying this stuff?