LISTEN: Hillary warns that “Trump’s not going away” 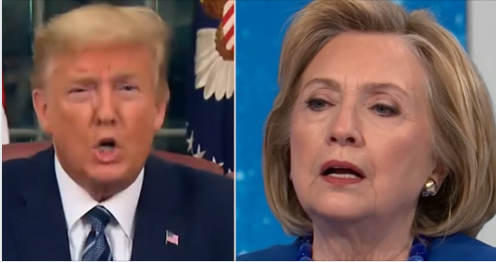 Appearing on the Armchair Expert podcast with actor Dax Shepard, Hillary Clinton warned that President “Trump’s not going away.”

Clinton told Shepard “Trump’s not going away, he may have to finally have to leave the White House, but he’s going to turn around the next day and say he’s running for president again.”

“Somehow we’ve got to break through the noise,” Hillary added.

Clinton suggested Biden highlight Biden’s “fabulous policies” and translate that into “a narrative.”

“We’ve got to figure out how to translate that, and everything he wants to do, into a narrative that captures those eyeballs,” Hillary suggested.