As clock winds down and protest flares, still no deal to avert shutdown 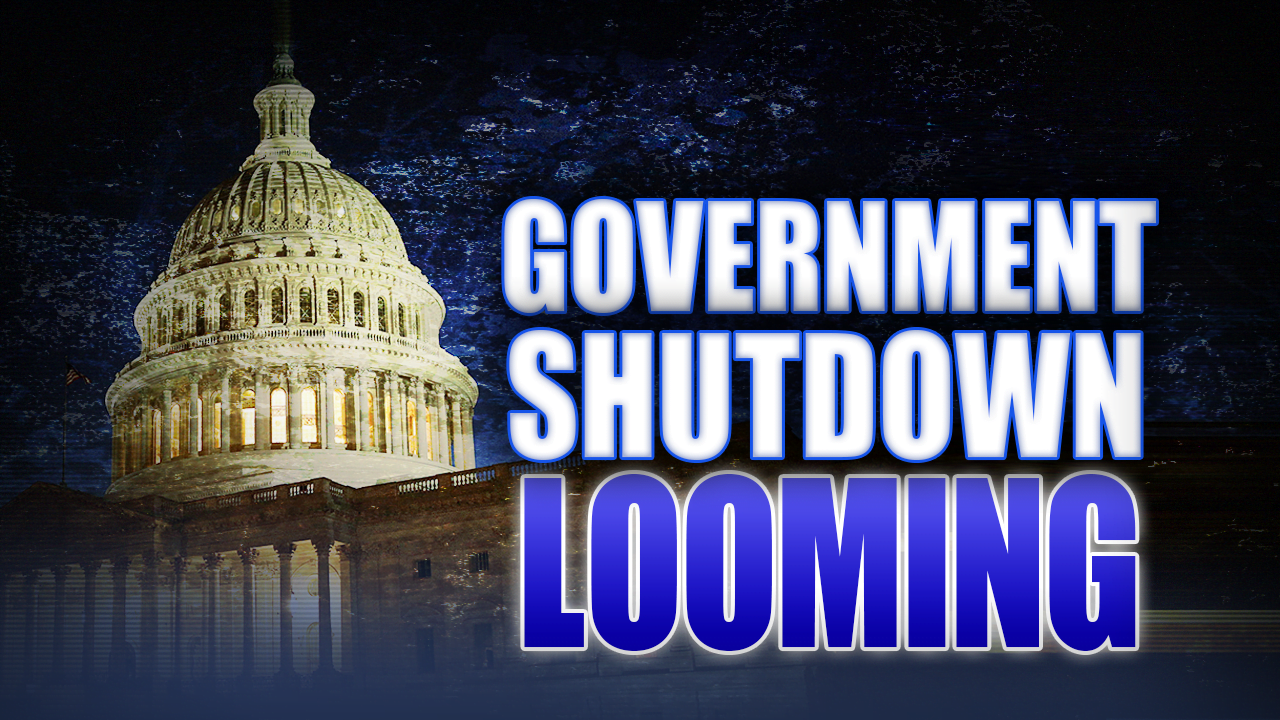 The government is just several hours away from shutting down, and there’s still no deal to keep it running.

Meanwhile, about a hundred demonstrators were seen protesting in support of the Deferred Action for Childhood Arrivals, or DACA, program in the Russell Senate Office Building on Friday afternoon. Democrats are refusing to back a short-term spending bill unless it includes protections for illegal immigrants brought to the country as children.

Earlier Friday, Schumer met with President Trump at the White House as part of efforts to avert an imminent shutdown.

That meeting came as the White House coined a decidedly Trumpian phrase in the battle to assign blame for the standoff, branding it the “Schumer Shutdown.”

Excellent preliminary meeting in Oval with @SenSchumer – working on solutions for Security and our great Military together with @SenateMajLdr McConnell and @SpeakerRyan. Making progress – four week extension would be best!

A senior White House official told Fox News that the Trump-Schumer meeting was productive but there was no deal yet. Still,  the president labeled the meeting as “excellent” in a tweet.

“Making progress,” Trump wrote, adding that a “four week extension would be best!”

“We had a long and detailed meeting,” Schumer said in a statement. “We discussed all of the major outstanding issues, we made some progress, but we still have a good number of disagreements. The discussions will continue.”

According to a White House source, Schumer arrived in the Oval Office and presented the president with a list of demands on domestic issues that went well beyond just DACA.

The president listened to Schumer and appeared perplexed as Schumer rattled off his agenda items, the source said. The president told Schumer he wasn’t going to get all of those demands in a spending bill.

Schumer, the source said, did appear open to considering a continuing resolution that would keep the government funded for five days. The official White House position is still a 30-day extension.

The “Schumer Shutdown” nickname echoed President Trump’s well-documented penchant for hanging nicknames on political adversaries, and the invite appeared to complete a carrot-and-stick approach to negotiations. The move comes as Republicans and Democrats scramble to assign blame to their opponents, knowing that whoever is seen to be behind the shutdown is also under pressure to return to the bargaining table.

‘What they’re simply trying to do is hold the government hostage, our military, kids health, over something completely unrelated.’

Office of Management and Budget Director Mick Mulvaney on Friday accused the Democrats of opposing a bill that contains nothing they are against.

“They don’t oppose anything in the bill, but they are opposing the bill,” Mulvaney said, pointing to popular measures in the bill such as the funding of the Children’s Health Insurance Program (CHIP).

Government Funding Bill past last night in the House of Representatives. Now Democrats are needed if it is to pass in the Senate – but they want illegal immigration and weak borders. Shutdown coming? We need more Republican victories in 2018!

Democrats seemed to be aware of the importance of messaging, with Sen. Ed Markey, D-Mass., taking to the Senate floor with an image declaring the logjam a “Trump Shutdown,” quoting a tweet from President Trump from May saying “our country needs a good ‘shutdown.'”

Markey blasted Republicans complaining about the threat of a shutdown, telling them to “spare me your crocodile tears.”

The Republican-dominated House of Representatives passed a one-month bill Thursday night by a vote of 230-197 largely along party lines, with 11 Republicans voting no and six Democrats voting yes.

With a midnight deadline looming, the bill now moves to the Senate where the Republicans hold only a slender majority, making prospects for passage grim. To break a Democratic filibuster, the bill will need 60 votes. Republicans have a 51-49 majority in the Senate.

Senate Democrats have said that Democrats want any spending bill to include a fix for the Deferred Action for Childhood Arrivals program — an Obama-era executive order that granted protected status to some illegal immigrants brought to the country as children. President Trump repealed the order in September, and gave Congress a deadline of March to come up with a legislative fix.

“Unless we pass the #DreamAct, I won’t support another short-term funding bill,” Sen. Dick Durbin, D-Ill., tweeted Thursday. “Our Dreamers have waited far too long for a chance to be a part of this country’s future.”

Republicans had hoped to back Democrats into a corner by attaching a six-year CHIP extension to the bill. But Democrats have so far refused to budge.

Schumer said Thursday that it was time for Congress to come up with a long-term solution to the spending problem.

“We can’t keep kicking the can down the road,” Schumer said. “In another month, we’ll be right back here, at this moment, with the same web of problems at our feet, in no better position to solve them.”

Republicans have repeatedly put the blame firmly on Democrats’ positioning on DACA as the reason for the looming shutdown.

“Apparently they believe the issue of illegal immigration is more important than anything else, than the government services the American people depend on,” McConnell said.

“What they’re simply trying to do is hold the government hostage, our military, kids’ health, over something completely unrelated,” Ryan said on Fox News Friday.

President Trump has repeatedly urged Congress to keep the government open, warning that a shutdown will harm the U.S. military. On Friday morning he seemed resigned to a shutdown, and blamed Democrats for prioritizing “illegal immigration and weak borders.”

The White House announced that Trump will not travel to Florida, as previously scheduled, until the continuing resolution is signed.

Complicating matters for McConnell is that he will not even have all 51 votes from Republicans. Sen. John McCain, R-Ariz., is recovering from the side effects of cancer treatment, while Sens. Jeff Flake, R-Ariz., Rand Paul, R-Ky., and Lindsey Graham, R-S.C. have all indicated that they will not vote for the measure, meaning that McConnell will need to win 13 Democrats to get to 60. So far, only Sen. Joe Manchin, D-W.Va., is the only Democrat who has indicated that he will vote for the resolution.

In his remarks Friday, Mulvaney accused the Obama administration of “weaponizing” the 2013 shutdown for political purposes, noting that the administration did not encourage agencies to use carry-forward funds or other funding available to them.

There seemed to be some wiggle room appearing from Schumer late Thursday, tweeting that he would support a “clean” continuing resolution for a few days, giving lawmakers some breathing room to do a broader deal on CHIP, DACA and military funding.