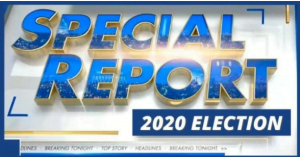 Now that almost all the 2020 races are counted and decided, America is getting a much clearer picture of which party won more broadly.

Predictions showed Republicans would have a difficult time, but they are very close to securing control of the Senate and actually flipped a dozen seats in the House.

Meanwhile, Trump is continuing to fight for clear results in the Presidential race, and many are waiting to see if he can overturn the call of a few very close swing states that could determine the election.

California has finished calling many of its House races, and it looks like the Democrat state just got a lot less blue:

Despite Democrats’ confident predictions of a “Blue Wave” sweeping statehouses in the November election, the final results showed that almost nothing had changed. Yet in California, a Democrat stronghold, Republicans are poised to flip more House seats than in any other state.

The results have shown a significant, reversal from the 2018 midterms, which was marked by a rabid anti-Trump furor that helped Democrats flip seven House seats. Now, the GOP is on the verge of taking back four of those seats.

Those are some astounding results. Republicans actually made more progress in California than any other state.

They have probably flipped four seats, and that helped tighten the Democrat majority in the House to only a few seats.

That puts Republicans in prime position in 2022 to retake the House, just as they did in 2010 in the Red Wave of the Tea Party.

This is also surprising because the media narrative seems to say that Republicans, in general, outperformed Trump. But how did Republicans do much better than expected in 2020 with Trump on the ballot, compared to 2018 when he wasn’t on it?

It seems like Trump helped boost the chances of Republicans downballot, which makes his apparent shortfall in key swing states all the more interesting.

No wonder they are continuing to contest the election in the courts—something just doesn’t seem to be adding up.

Biden somehow broke a record for turnout, just like Trump did for an incumbent president. Biden lost almost every bellwether county but seems to have won, which has not been done in modern history.

And Republicans are now making inroads again in blue California. Maybe Democrats are finally fed up with terrible policies and running their state into the ground.

Do you think Republicans will keep making gains in California?